Airtel Xstream Broadband Users Can Get Xstream Box at a Refundable Security Deposit of Rs. 1,500

Airtel Xstream Fiber broadband users are receiving a notification about the Xstream Box offer through the Airtel Thanks app. 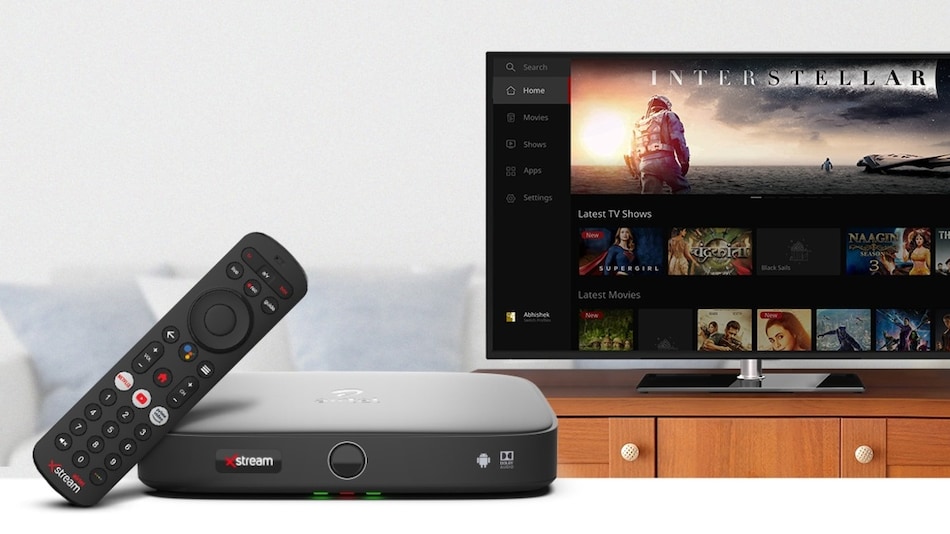 Airtel is offering the Xstream Box to its broadband customers at a refundable security deposit of Rs. 1,500. The new development comes just a couple of months after the telco provided its Android-based set-top box (STB) to One Airtel plan subscribers under a complimentary offer. In addition to broadband users, the regular Airtel Thanks app users have also been provided the Xstream Box at a discounted price of Rs. 2,249. This is down from the existing price of Rs. 3,639. The latest promotional offers would help Airtel expand the user base of its Xstream Box that runs on Android 9 Pie and offers features such as built-in Chromecast and Google Assistant support.

Airtel Xstream Fiber broadband users are receiving a notification about the Xstream Box offer through the Airtel Thanks app. The offer brings the Xstream Box at a refundable deposit of Rs. 1,500. This means that if you have an Airtel broadband, you'll be able to get the smart STB at a not just at a discounted price but can also get its complete refund once you place its return.

Direct-to-home (DTH) focussed blog DreamDTH was first to report about the new offer. However, Gadgets 360 was able to independently confirm its existence for existing Airtel Xstream Fibre users.

Customers who're availing the new offer will need to pay a total of Rs. 1,951 that includes the Xstream Box refundable security deposit as well as one month of rental for 129 channels. The company is also bundling Zee5 subscription for free for the first three months.

Airtel Xstream Fiber users get the Xstream Box along with one-month channel subscription at Rs. 1,951

Airtel in May brought the complimentary offer for its One Airtel plan subscribers under which it offered Xstream Box at the identical security amount of Rs. 1,500. That offer is notably so far limited to the Rs. 899 and Rs. 1,349 plans.

In addition to the offer specifically for select Xstream Fiber broadband customers, Airtel is offering the Xstream Box at a discounted price of Rs. 2,249 to all the Airtel Thanks app users. The amount in case of the Airtel Thanks users is, however, of non-refundable nature.

Airtel is competing against ACT Fibernet's ACT Stream TV 4K and Reliance's Jio Fiber Set-Top Box by offering its Xstream Box in the market. The Airtel offering is touted to provide over 500 TV channels in 4K resolution and movies as well as Web shows in across 13 languages.