Airtel has also expanded the list of compatible smartphones for its Wi-Fi calling service with support available for models from 16 brands. 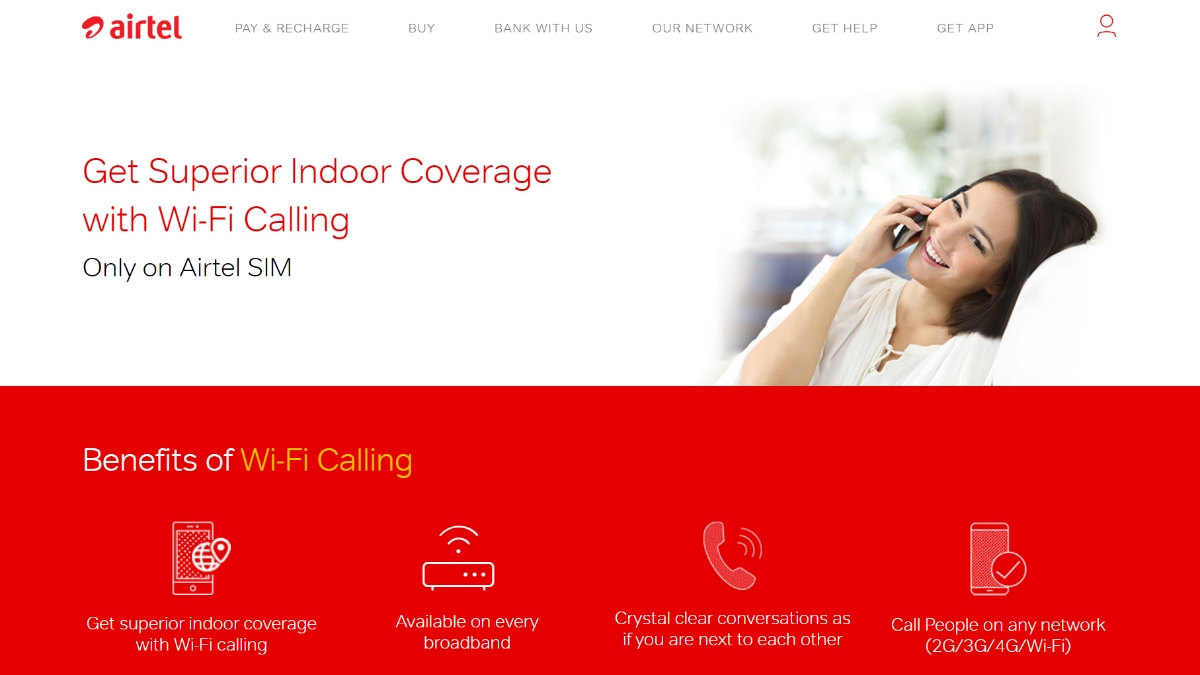 The Wi-Fi calling service by Airtel is now available in on a pan-India basis and is available for access in states such as Gujarat, Haryana, Kerala, Madhya Pradesh, Maharashtra, Punjab, UP (East), and UP (West). This is in addition to Andhra Pradesh, Karnataka, Kolkata, Mumbai, and Tamil Nadu. Moreover, the service was initially launched in Delhi NCR.

The other major change that has come into place for the Airtel Wi-Fi calling service is its availability for all Wi-Fi networks, as first reported by FoneArena. Airtel has confirmed on its site that the service is no longer limited to its native broadband service. This means that you'll be able to leverage the service and make voice calls at a cellular-dark zone of a building or in a remote area where cellular networks aren't available directly using any Wi-Fi network or a broadband service other than Airtel Xstream Fiber broadband.

Airtel at the time of officially launching its Wi-Fi calling service last month did mention that it is working with other companies to add support for all broadband services and hotspots. However, it was up until now limited for customers using Airtel Xstream Fiber home broadband. This isn't notably the case with the Jio Wi-Fi calling service that debuted earlier this week with support for all broadband services.

You don't need to activate a specific tariff or install an app to use the Airtel Wi-Fi calling service on your smartphone. The service, however, is limited to select models. Nevertheless, Airtel has expanded the list of compatible phones to widen the reach of its offering.

Airtel through a fresh press release has additionally revealed that the Wi-Fi calling service has over one million users. The operator has also widened its compatibility and mentioned that over 100 smartphone models across 16 brands are now compatible with the service.

You can check the compatibility of your smartphone by taking a look at the list provided below.

Jio countered Airtel by announcing that its Wi-Fi calling service is supported by over 150 handset models. Having said that, Airtel emerged as the first telco to bring Wi-Fi calling support in India.