Airtel to Double 4G Network by Next Fiscal: Mittal 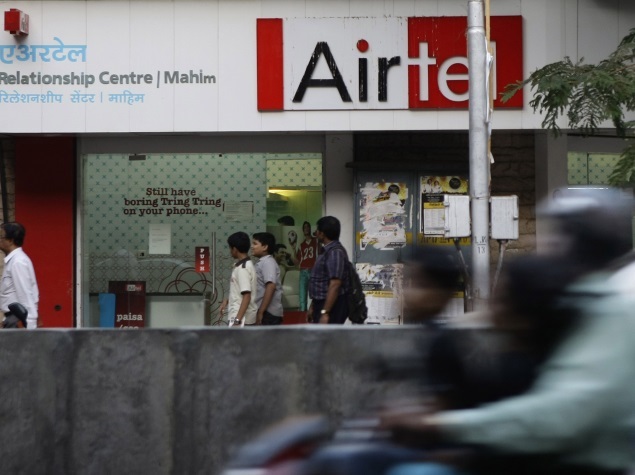 Flush with an investment outlay of $3 billion a year on networks, telecom major Bharti Airtel plans to double its 4G network by next fiscal as it gears up to take on competition, including the much-awaited foray of Mukesh Ambani-led Reliance Industries group.

"We have decided to roll out (4G). We have 20,000 base stations now, in March, and we will be doing another 20,000 next year," Bharti Airtel Chairman Sunil Bharti Mittal said in Barcelona.

Mittal said funds would not be a constraint for the company's expansion plans as it is spending $3 billion every year on networks alone, excluding spectrum, and its 2G and 3G rollouts are among the most expensive in the country.

The company will be rolling out mobile tower sites to use its 20MHz broadband wireless access spectrum, which Mittal said is "life saving" as 3G networks are now choking up in metros and tier 1 cities.

Speaking on the sidelines of recently held Mobile World Congress, Mittal said Airtel, through its newly inked partnership with China Mobile, will try to bring down price of the smartphones that can support all networks, to below Rs. 6,000 apiece in a year to push usage of networks.

He said the partnership with China Mobile gives Airtel an "economy of scale" and it will be able to lower its capital expenditure significantly.

Mittal said driving down cost of equipments, devices, setting up standards for next generation technology like 5G and exchange of best practices are main objectives of this partnership without any equity transaction.

"Funding is not a constraint. Every year we are spending $3 billion (roughly Rs. 18,815 crores) into networks other than spectrum. Our roll-outs of 3G, 2G are the most expensive rollout in the country," he said.

On the growth potential of 4G networks in the country, Mittal said Airtel and Reliance Jio Infocomm put together will be 10 percent of China Mobile's 4G network by 2015-16.

"China Mobile has rolled out 700,000 base stations. They will be doing 1 million by end of this year. It will be single largest deployment of TD LTE (4G) network by any operator in the world.

He said in terms of customer base, Airtel has about 1 million 4G customers while China Mobile has 100 million and has customer target of 250 million by next year.

"India will have 25-40 million customers in the TD LTE (4G) space. We are much smaller and therefore we can't be as much audacious and bold as China Mobile is in driving the ecosystem, driving prices of devices down and, more importantly, in setting up the standards," Mittal added.