As a result of the new update, Airtel has reduced the discount for customers enrolled in its Superhero programme from four to two percent on various recharge plans. 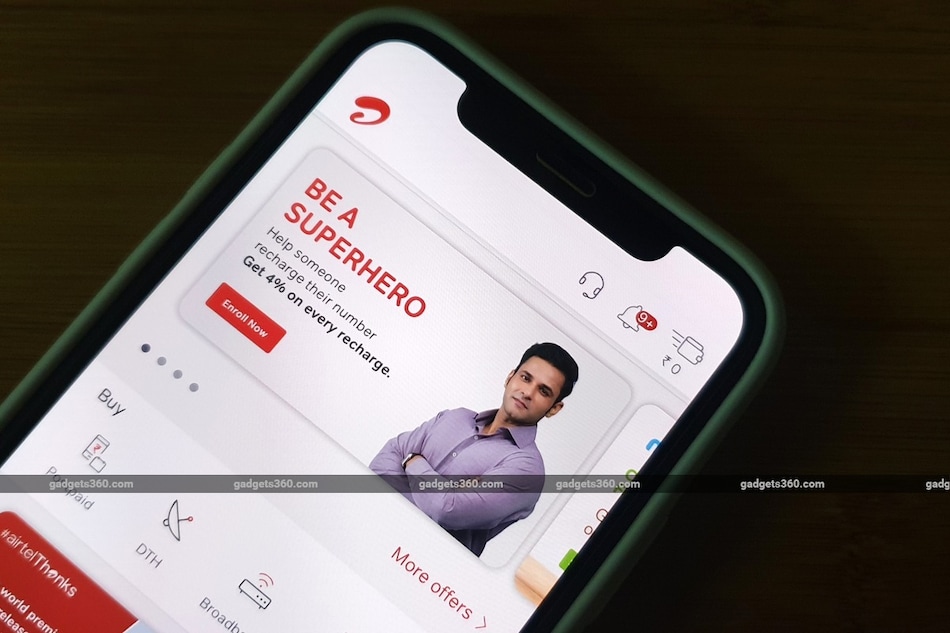 Bharti Airtel seems to have modified its Superhero programme that debuted in April to offer benefits to customers recharging prepaid accounts of fellow customers. The programme used to offer a four percent discount on all recharges. However, it has been spotted that the telco has reduced the discount percentage on some recharge plans. There are also some plans that have no discount coupons. The Superhero programme was announced by Airtel to help its subscribers stay connected with their loved ones and reward people recharging other customers' prepaid accounts during the coronavirus outbreak.

As a result of the new update, Airtel has reduced the discount for customers enrolled in its Superhero programme from four to two percent on various recharge plans including the Rs. 99 and Rs. 129. There are also no discounts on recharge plans such as the Rs. 19 and Rs. 20. Earlier, Airtel offered Re. 1 discount with both the Rs. 18 and Rs. 19 plans.

Customers recharging with the Rs. 45 and Rs. 49 prepaid plans are also getting a discount of Re. 1. This shows a two percent discount over the earlier four percent discount that was Rs. 2 each recharge. The newly launched Rs. 289 prepaid plan has also been left out from the initiative and is available without any discount coupon.

In case of talktime packs, Airtel has reduced the discount from four percent to two. This means that if you're recharging the prepaid account of any of your Airtel contacts with a talktime pack, you'll get a two percent discount. This is applicable to all talktime packs starting from Rs. 5,000 to Rs. 100. The Rs. 20 and Rs. 10 talktime packs, on the other hand, are listed without any discount.

The changes were first reported by OnlyTech, though Gadgets 360 was able to independently verify the update through the Airtel Thanks app.

As per the terms and conditions page on the Airtel website, the Superhero programme is in place until the situation arisen due to the coronavirus outbreak resumes to normal or June 30, whichever is earlier. There is, however, no mention on any differences in discount allocations.

Gadgets 360 has reached out to Airtel for clarity on the update and will update this space as and when the operator responds.

Similar to Airtel, Bharat Sanchar Nigam Limited (BSNL) and Vodafone Idea brought benefits for people recharging others' prepaid accounts in April. The move was mainly to help people get their prepaid accounts recharged without visiting a retail shop physically.