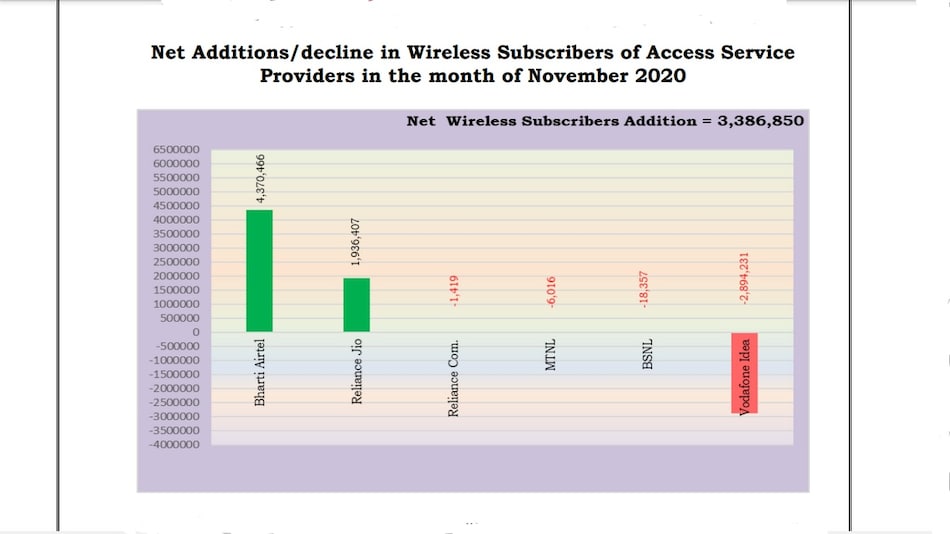 Airtel had 334.65 million total wireless subscribers as of November 2020

Airtel added 4.3 million mobile subscribers in November 2020, according to the latest data from Telecom Regulatory Authority of India (TRAI). The telecom operator beat Jio in the new subscribers race and other operators like Vi (Vodafone Idea) and Bharat Sanchar Nigam Limited (BSNL) lost subscribers. This is the fourth consecutive month where Airtel has secured the top spot when it comes to mobile subscribers. Though this time, the lead was quite significant when compared to the previous months.

As of November 30, 2020, the data from TRAI shows that Airtel added 4.3 million mobile subscribers in November – significantly higher than all other telecom operators. Airtel's total subscriber base has reached to over 334.65 million with the addition of the November subscribers, taking its total market share to 28.97 percent. This marked a 1.3 percent growth compared to the data for October 2020.