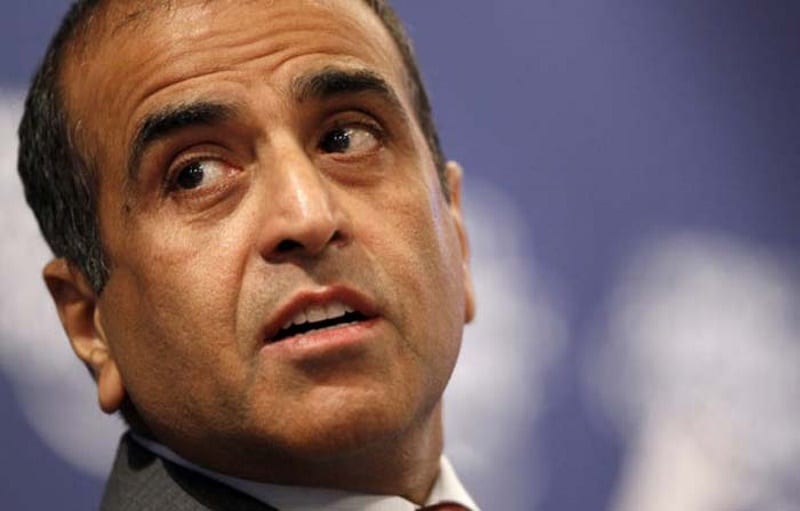 Bharti Airtel Chairman Sunil Mittal has urged the Indian telecom regulator to reject the 'Bill and Keep' (BAK) method and said it should continue with the interconnection usage charge (IUC) regime.

"The current IUC at 14 paisa is already well below cost and it will be in fitness of things that while taking a final decision, the Authority (Telecom Regulatory Authority of India - TRAI) upholds the principle of compensation of work done by each operator and the IUC is set at costs discovered through a fair and transparent mechanism," Mittal told TRAI in a letter on July 24, a copy of which is available with IANS.

Reliance Jio vs Airtel: Airtel Says It Is Bleeding Rs. 550 Crore per Quarter Thanks to Jio

"BAK should be rejected and India should not be subjected to a regime which is alien to the mobile industry the world over," he added.

Under BAK method, such call termination charges are not paid.

The letter stated that the IUC has no relation to customer tariff and customers are enjoying free or affordable calls is a testimony that the current IUC regime is not coming in the way of affordable tariffs.

"In the current debate going on in India on IUC, what surprises me the most is that no one has even talked about IUC for international calls settlement," said Mittal.

He stated that at present, IUC for a call from India to the US is about 1.2 cents, to Europe about 3-30 cents, to Middle East about 10-14 cents. Neighbouring countries like Bangladesh, Sri Lanka, and Nepal, charge between 2-13 cents.

Similarly, when the calls come into India, the TRAI has set an IUC to be paid to the mobile operators at 53 paisa and in turn the Indian international operator charges approximately 1 cent as IUC for the incoming calls on their network.

"The TRAI is not even debating this issue, therefore, confirms the Authority's acceptance of the principle that IUC is indeed a settled global practice built on fair and equitable settlements for work done by each operator for carrying each other's calls."

"Why should India be any different? It should not be. The TRAI's own regulation enshrines the principle of cost based IUC regime in line with the global practices," he said.

He added: "I am, therefore, at a loss as to why TRAI should be considering a Bill and Keep regime in India as one of the options and break away from the global well-established practice, while at the same time, not disturbing the settled IUC on international calls."