Airtel holds a smaller market share compared to Jio, though it has a high number of active wireless subscribers. 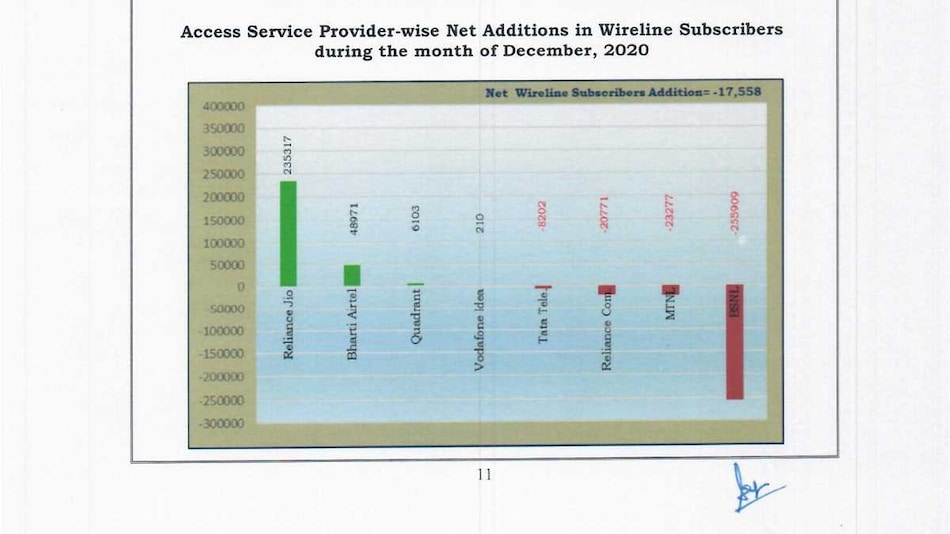 Airtel was behind in VLR numbers in November 2020

Airtel added 4.05 million wireless subscribers in the month of December 2020, retaining its top spot when it comes to monthly subscribers. Telecom Regulatory Authority of India (TRAI) released latest data for the last month of 2020 which shows Reliance Jio added only around 479,000 wireless subscribers. Airtel also beat Jio in terms of visitor location register or VLR subscribers — which is generally considered a good measure of active subscribers, as opposed to overall numbers that include dormant accounts. The two have been trading blows with each other in this regard with Jio on top in November 2020.

Airtel has consistently added more subscribers than any other telco and as per the latest data by TRAI, the month of December 2020 was no different. It added 4.05 million wireless subscribers taking its total wireless subscriber base to 338.7 million as of December 31, 2020. Airtel's market share was 29.36 percent, which was a slight increase from 28.97 percent in the previous month. Jio was quite far behind with its 478,917 subscribers added in December. However, it still holds the maximum market share at 35.43 percent, a slight increase from its 35.34 percent in November 2020.

In terms of active wireless subscribers, Airtel and Jio have been head to head for past several months but this time Airtel managed to take the lead with its 328.87 million VLR subscribers. Jio was not far behind with its 327.97 million. In the previous month, Jio was ahead with 3224.78 million compared to Airtel's 323.39 million.