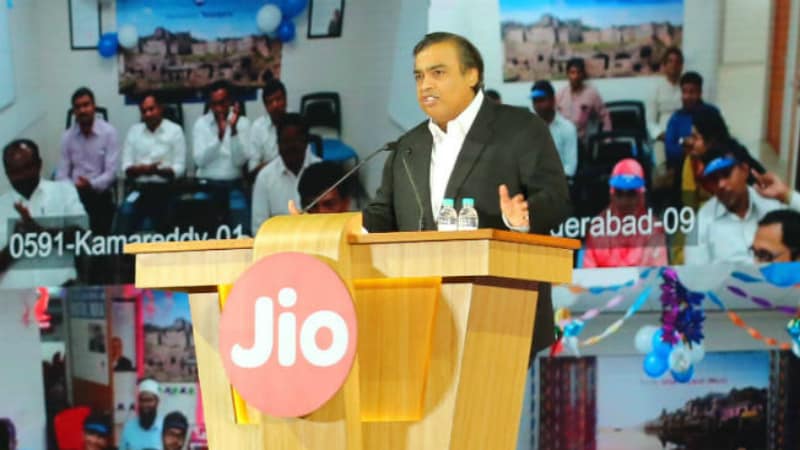 Reliance Jio has a new offer - Jio Dhan Dhana Dhan - to continue providing users with free services for another 3 months. This means Jio Prime customers will not have to pay for services till June, a full 10 months after it launched operations. As the fourth offer to ensure that Jio customers get services at free or extremely low rates, the offer has been met with criticism from rivals. But it is not the first offer by the operator to have rankled incumbents, as rivals Airtel, Vodafone, and Idea have slammed previous Reliance Jio offers as well, and forced to launch their own prepaid recharge offers and postpaid plans at much lower rates than before to retain customers.

Here’s a timeline of how things have shaped up, courtesy the free offers in Jio’s short history:

The first offer to come our way, the Reliance Jio Welcome Offer was announced when the company first launched operations in September 2016. With this, the operator provided users with 4GB of free data usage per day at 4G speeds (and at 128kbps thereafter). Also free were 100 SMSs per day, Jio apps, and all STD and local calls. The offer came into effect from September 5 and lasted till December 31.

To avail free services under the Jio Welcome Offer, customers only had to become a Jio user by procuring a Jio SIM card – no need to purchase a recharge.

Shortly after the offer was launched, Jio competitors launched offers of their own, providing calls and data at heavily discounted rates. Many attempted to match Reliance Jio’s data rates of Rs. 50 per GB, but this did not stop customers from signing up for the new telecom upstart in droves.

With Jio free services coming to an end on December 31, the operator announced the Jio Happy New Year Offer a full month ahead of the cutoff date, extending free services for another three months. Under the Jio Happy New Year Offer, customers could get free services till March 31, but there was one major difference – the free 4G data was capped at 1GB per day, after which the speed would go down to 128kbps. If the 1GB data cap was exhausted, users could purchase a Booster Pack and continue with high-speed Internet.

Those who had purchased Jio SIM cards before December 4 were automatically ported from the Welcome Offer to Happy New Year Offer on January 1, while those who signed up for Jio after December 4 availed the free services as soon as they joined the network – essentially meaning free services for all.

This offer came as a jolt to those who expected Reliance Jio to start charging for services starting January 1. This meant that customers would get free services till March, and other operators would have to continue with the subsidised prepaid and postpaid plans to keep their own customers away from Jio. Packs with free calls and data packs offering extremely low rates became the norm for the industry, and several major players started giving free data to ensure customers stick to their platforms.

With the offer came complaints against it from other telcos. The Telecom Regulatory Authority of India (TRAI) asked Jio to explain how the Happy New Year Offer does not violate the rule against promotional offers after 90 days. In response, the operator cited the lowered free data cap of 1GB per day, and paid Booster Packs, which the regulator deemed sufficient for continuing the largely-free services for 3 months. Against this clean chit, rivals Airtel and Idea appealed to the Telecom Disputes Settlement and Appellate Tribunal (TDSAT).

With Happy New Year Offer coming to a close soon, Reliance Industries Chairman Mukesh Ambani announced a new subscription service named Jio Prime, which would provide members several benefits. The company’s free data, SMSs, and app subscription were to end on April 1, but Jio Prime users could continue with the same for roughly Rs. 10 per day. The Jio Prime subscription cost Rs. 99 for the whole year, and with a Rs. 303 recharge you could get 1GB data per day, along with all the other freebies.

However, users had to sign up with Prime and buy the recharge before the services went paid on April 1. However, it turned out that Jio wasn't done with freebies. On March 31, just a day ahead of going paid, the company announced the Summer Surprise Offer, which gave users the free services for three months on recharge of Rs. 303 or higher - you just needed to sign up for Jio Prime first. The company also extended the deadline for signing up to Jio Prime to April 15, up from March 31.

The Summer Surprise offer was welcomed by Prime customers, but was met with criticism from rivals. Within a week of being announced, the offer was pulled by the operator following a TRAI order stating that it violated regulatory framework, but sign-ups for the Prime service continued for a few days more, even after it was cancelled. If you did sign up for the Summer Surprise Offer, you will get the benefits promised before it was cancelled.

Those who did not want any daily FUP could buy recharges of Rs. 999 or more under the Summer Surprise offer, but such an option is not available with the latest Jio offer.

With subsidised services continuing till June, it seems tough times will continue for incumbent telecom operators, who will have to bleed money to continue their own prepaid and postpaid plans to beat Reliance Jio. We will have to wait till June to see whether the country’s youngest operator continues such offers, or starts charging customers at par with other telcos.