Jio GigaFiber broadband service will be offered in 1,100 cities across India, though its commercial launch is yet to take place. 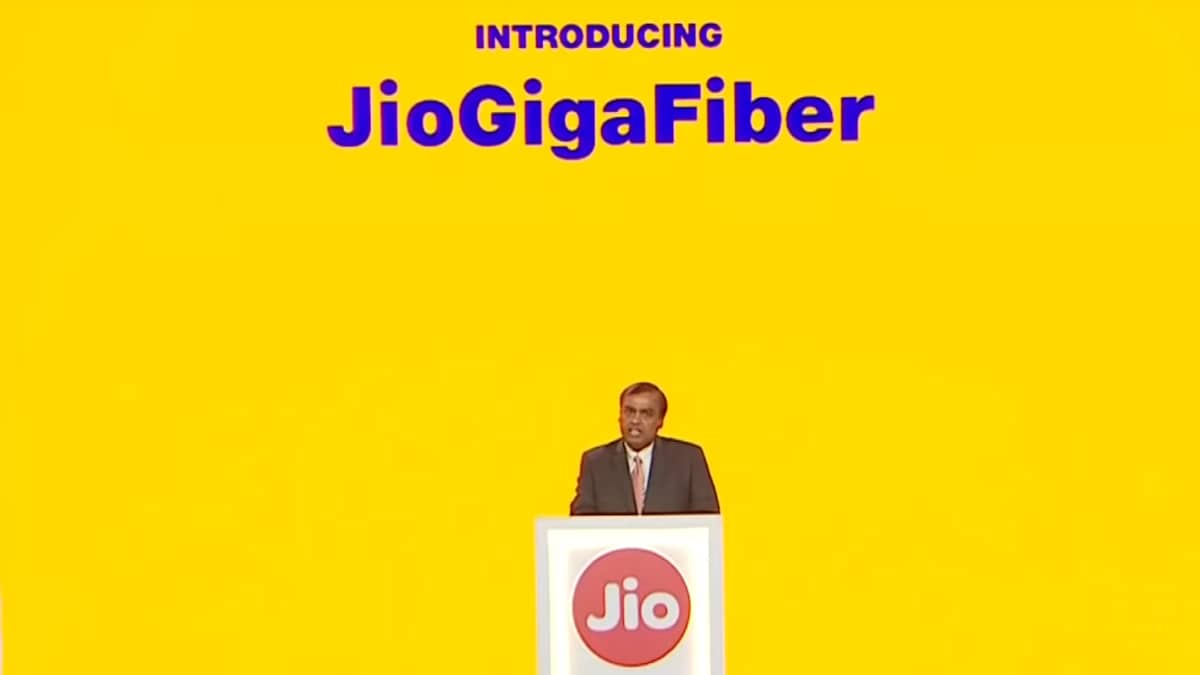 Jio GigaFiber, the fibre-to-the-home (FTTH) offering by Reliance Jio Infocomm that is so far available only in trial phase, is speculated to launch commercially on August 12. The formal launch of Jio GigaFiber is believed to be happening at the annual general meeting (AGM) of Reliance Jio parent company Reliance Industries. At present, Jio GigaFiber is only offering the broadband service to select consumers, however, some reports had suggested that voice calling and IPTV would soon be making their way to the public. Jio has also expressed its desire to provide connectivity to smart home solutions through the FTTH offering. In this article, we take a look at everything that we know about Jio GigaFiber plans, pricing, and more, ahead of the expected official launch next week.

As per online reports, Jio is planning to bring a triple play plan with a validity of 28 days. The plan would bring unlimited voice and data access up to 100GB alongside access to Jio Home TV service, and a complimentary subscription to Jio Apps. It's been tested with some Jio employees.

Separately, a combo plan to offer broadband, landline, and TV access through a single FTTH connection under Jio GigaFiber would charge Rs. 600 a month. The Jio GigaFiber subscribers are also reported to get the option to connect at least 40 devices to its smart home network for up to Rs. 1,000.

A recent analyst report from BankAm-Merrill Lynch had indicated that Jio could bring three subscription plans for GigaFiber. The base plan will just offer Internet connectivity at 100Mbps, whereas the second plan will include IPTV access as well. The third and the top-end plan will include Internet access, IPTV service, and IoT services. The prices of these plans could start at Rs. 500 and go over Rs. 1,000.

The official price for availing Jio GigaFiber is yet to be revealed. During the trial phase, the customers in the eligible cities are being offered the Jio GigaFiber preview offer by paying a refundable security deposit of Rs. 2,500 or Rs. 4,500. This charge is a security deposit for the ONT device called GigaHub Home Gateway.

Reliance Jio announced the limited launch of Jio GigaFiber in July last year and started taking registrations for its broadband service in 1,100 cities across the country in August. However, the commercial launch of the FTTH offering is yet to take place.

A media report last month claimed that the commercial launch details for Jio GigaFiber could be announced during the AGM of Reliance Industries on August 12. The company had earlier said that it will be offering services such as entertainment, smart home IoT (Internet of Things) solutions, landline, and IPTV with high-speed Internet to its subscribers.