Jio GigaFiber Broadband Registrations via MyJio, Jio.com on August 15: Here's What You Should Know 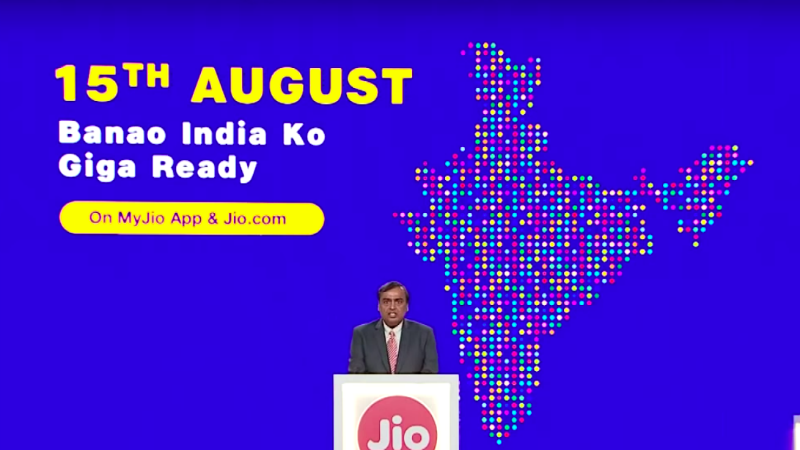 Jio GigaFiber broadband registrations will begin in less than two weeks, making high-speed internet a reality in multiple cities across the country. For those who did not follow the RIL AGM last month, Jio GigaFiber is a broadband service that will provide download speeds of up to 1Gbps and will power not only home and enterprise Wi-Fi networks but also TVs and smart home accessories. The initial rollout will be in 1,100 cities, and for now only registrations will open on August 15, not the actual launch. But tests over the past two years have given us a glimpse of what we can expect from it - users have reported download speeds of up to 700Mbps. If you are looking to sign up when Jio GigaFiber broadband registrations open, here's a round-up of everything you should know.

The Jio GigaFiber registrations begin on August 15 but it is just that - registrations. This means you will not get the service right away after registering your interest (except in areas where it is already rolled out). Instead, the company will gauge the demand from all locations and start the operations in areas with the most demand for its high-speed broadband network. In fact, Ambani in his AGM speech said, “we will prioritise our Jio GigaFiber rollout to those localities from where we receive the highest number of registrations.”

You will be able to register for Jio GigaFiber from the MyJio app and Jio.com website. Unlike the Jio Phone last year, users interested in the broadband network will not have to pay any sum while registering their interest.

There is no official word on the Jio GigaFiber plans yet, but consumers will have to pay a Rs. 4,500 refundable sum for the router in areas where the service is already available. The service is free for the first three months, as was the case with the Jio telecom network in 2016. There are no plans in these areas for now, but it is widely expected that Jio will have a few plans when it rolls out in 1,100 cities. These may include a free tier to introduce broadband to users who have not used it till now, as well as paid tiers with high data download allocations.

To set up the Jio GigaFiber network, the company will install a Jio GigaRouter at your home or office. This router will provide “wall-to-wall high speed Wi-Fi coverage” - the company in its presentation claimed 1Gbps download speed and 100Mbps upload speed. The company says users will be able to stream 4K videos and play VR games on the network. It is not yet clear how many devices will be supported on the network at the same time.

The broadband network will also power the TV experience and the smart home suite. For large screen TVs, the company will install the GigaTV set-top box and provide a voice-activated remote to users. Consumers will be able to watch “600+ TV channels, thousands of movies, millions of songs, and any other type of content possible” with this set-top box the company says. The presentation showed apps such as JioTV, JioCinema, JioTVCall, JioSmartLiving, JioNetVelocity, JioCloud, MediaShare, and JioStore on a TV screen.

The bundled JioRemote will be able to take voice commands — users only need to speak aloud what they want to watch on TV and it will play the same “immediately on your TV.” It will work with multiple Indian languages, the company says, though it did not say which languages will be support.

Users will also be able to make video calls on TVs powered by Jio GigaFiber — video calls will be supported on other TVs using a Jio network, along with mobile phones and tablets on any network.

The Jio broadband network will also be at the heart of its smart home suite, which includes accessories such as audio dongle, video dongle, smart speaker, Wi-Fi extender, smart plug, outdoor security camera and TV camera, among others. Users will be able to monitor and control their GigaFiber-connected homes using a smartphone, including the temperature, lighting, gas, and water leakages. The company claims it will take just an hour to set up the smart home.

Amazon's the Biggest in Online Shopping, but Not Always the Best
Fortnite Coaches Reportedly Being Hired by Parents to Help Kids Excel at the Game