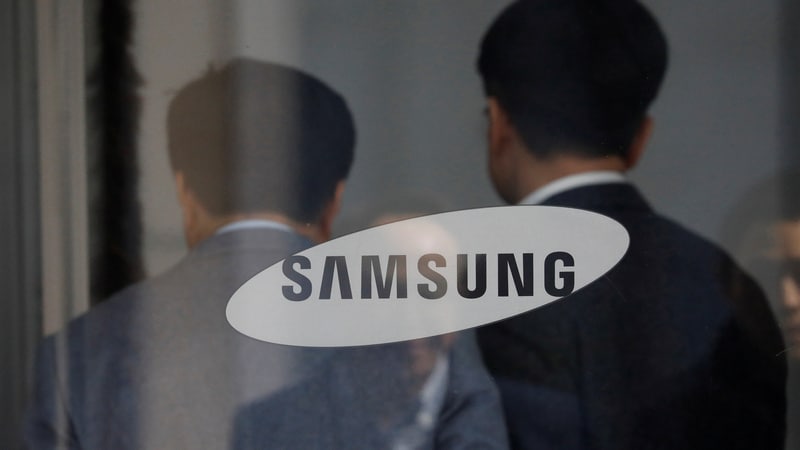 While Samsung remains the world's biggest smartphone and semiconductor maker, Huawei dominates networking by a large margin. But its market position is under threat as one country after another blocks the use of its 5G products, amid concerns they could be used to spy for the Chinese government. Huawei denies any role in espionage.

"Strategically these concerns help us grab more market share," S. Abraham Kim, a vice president at Samsung's mobile division, said Wednesday at a conference in Seoul. "Huawei has held dominance in the network market since the fourth-generation LTE era, but we're ahead on 5G technology that goes into smartphones."

Samsung plans to release a 5G-capable handset along with a bendable-screen phone next year, and sees those gadgets as its best shot at reviving sales that have slowed as consumers wait longer to upgrade their smartphones.

But technical challenges remain, Kim said. 5G signals can get obstructed depending on how a phone is held, so that means the need to cram more antenna modules around a phone's already limited real estate, alongside a large battery. Samsung is now studying how a device's innards can be split into two layers while still minimising overall thickness, Kim said.

Heat poses another challenge because 5G transmits a lot more data and consumes more power, potentially making the phone too hot to hold. Samsung is working to cap the temperature at just over 40 degrees Celsius, Kim said.

Huawei recently replaced Apple to become the world's second-biggest smartphone maker and is narrowing the gap with Samsung. But concerns about the Chinese company's global business have escalated since Chief Financial Officer Meng Wanzhou was arrested on allegations she conspired to defraud banks and violate US sanctions on Iran. Meng was released on bail Tuesday but faces extradition to the US.