Huawei Is Blocked in US, but Its Chips Power Cameras Everywhere 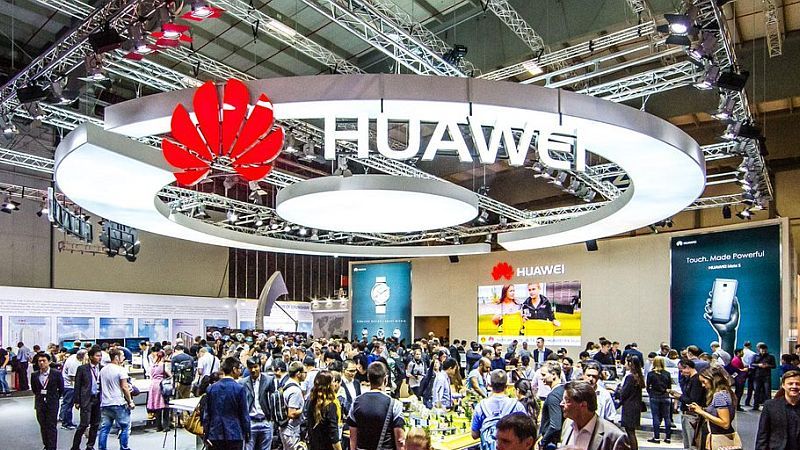 Pelco, a California-based security camera maker, set lofty sales targets last year for a model with sharper video resolution and other cutting-edge features. That was until Congress derailed its plans.

In August, updated legislation barred the US military and government from buying tech gear from firms deemed too close to authorities in China. When the bill surfaced, Pelco scrapped any thought of providing its new GPC Professional 4K camera to the US government and lowered its sales goals. The reason: The device uses parts from HiSilicon, the chip division of Huawei Technologies.

Huawei, China's largest technology company, is the target of a broad US crackdown over allegations it has stolen trade secrets, violated sanctions against Iran and sells equipment that could be used by the country's Communist Party for spying.

Most of the focus is on Huawei telecom gear that helps run communications networks all over the world. But chips from the HiSilicon unit are also sparking concern because they power about 60 percent of surveillance cameras. That means Chinese chips process video from cameras that sit in places as varied as pizzerias, offices and banks across the US.

Huawei has repeatedly denied its equipment is used for spying and says it isn't a tool of China's government. A HiSilicon representative didn't respond to requests for comment. Still, the fact that Chinese-made chips run millions of cameras across the US has some legislators worried. A particular concern is that China's highly-developed domestic surveillance capabilities could be turned against the US.

"It's related to what China is doing on its own territory: using surveillance cameras to construct a massive, Orwellian state," Representative Mike Gallagher, a Republican on the House Armed Services Committee, said in an interview. "The prospect of them doing something surreptitiously outside their borders is a cause for alarm."

There's no evidence that cameras with HiSilicon chips have been used in this way. But recent hacks show what's possible. In 2016, cameras made by China's Hangzhou Xiongmai Technology Co. were used to launch a cyber-attack that severed internet access for millions of people. The incident stunned the camera industry, although such vulnerabilities haven't been found with HiSilicon equipment, industry insiders say.

What's clear, though, is that HiSilicon chips are deeply embedded in a security camera supply chain that's complex and hard to track. Industry blog IPVM reported in December that these Chinese components power tens of millions of western devices sold by household names including Honeywell International. Cameras with HiSilicon chips are on sale widely through Amazon.com.

John Honovich, who runs the IPVM blog, said HiSilicon is most prevalent on cameras below $200 (roughly Rs.14,000). "If you go into a pizzeria or a mom-and-pop restaurant, HiSilicon is generally there," he said.

HiSilicon's pervasiveness is the result of China's push to create its own semiconductor industry, rather than relying on US companies. The Huawei unit generated $7.6 billion (roughly Rs.54,000 crores) in revenue last year, eclipsing Silicon Valley stalwarts such as Advanced Micro Devices, according to Sanford C. Bernstein estimates. Security cameras are a major source of these sales.

The camera industry is a complex web of distribution companies and licensing agreements, making it difficult to track which devices have HiSilicon components -- and whether they violate the US rules that took effect in August.

Hanwha Techwin America, which sells cameras to banks, casinos and hospitals, uses HiSilicon in at least three product lines. But with the South Korean company's devices sold through a cadre of distributors and re-sellers, it's difficult to determine if the government purchases devices with HiSilicon, said marketing director Miguel Lazatin.

"We probably do sell it to government institutions, but we don't have good visibility," he said. Lazatin also wasn't certain if selling those cameras violates the US law because it mentions "telecommunications" gear from Huawei and China's ZTE Corp., but not video equipment or HiSilicon itself.

Gallagher, the congressman from Wisconsin, said the National Defense Authorization Act unequivocally applies to products from HiSilicon since it's a fully-owned subsidiary of Huawei. The law also specifically mentions Chinese surveillance camera makers Zhejiang Dahua Technology Co. and Hangzhou Hikvision Digital Technology Co. as companies that can't supply the US government. A Hikvision representative declined to comment. In a statement last year, Dahua said it operates with "a high level of business integrity."

Thermal camera maker Flir Commercial Systems signed a licensing deal with Zhejiang Dahua in 2014 and sold $1.45 billion of gear to the US government from 2014 to 2018, according to Bloomberg Government data. Flir dissolved its agreement with Dahua two years ago and now uses Ambarella chips, according to a Flir spokesman.

Honeywell, a major government supplier, produces cameras using manufacturing designs from Dahua. Scott Sayres, a spokesman for Honeywell, said a very small percentage of the company's cameras use HiSilicon chips and those models aren't sold to the US government.

Dahua and Hangzhou Hikvision hired Washington lobbying firms in 2018, according to Bloomberg Government data. Both surveillance camera companies sell models under their own name and churn out custom designs that non-Chinese firms slap their brand on.

Representatives for Hikvision argued to legislators that the law unfairly lumps telecom firms with video operators, according to three people familiar with the conversations. The company has pushed for other supply chain legislation that would restrict sales bans to particular components rather than blanket prohibitions on manufacturers, these people said.

In October, the Security Industry Association, a trade group, wrote to Congress seeking clarification of "ambiguities" in the law, particularly around the supply chain. One concern is that the ban may extend beyond the Federal government to local agencies, according to two people familiar with the conversations. That could hurt HiSilicon even more because its chips are often in cheaper security cameras used by smaller organizations.

When Pelco, a unit of Schneider Electric SE, finally released its GFC Professional 4K camera in November, the company stressed that the model doesn't comply with the National Defense Authorization Act. It also delayed the release of the product line, and spent time and money changing the packaging, documents and camera web interface.

The company also created a web page listing many of its other products that do comply with the updated law on U.S. government purchases.

"Pelco is proud to be a trusted vendor to so many discerning customers," Pelco Chief Marketing Officer Robert Beliles said.