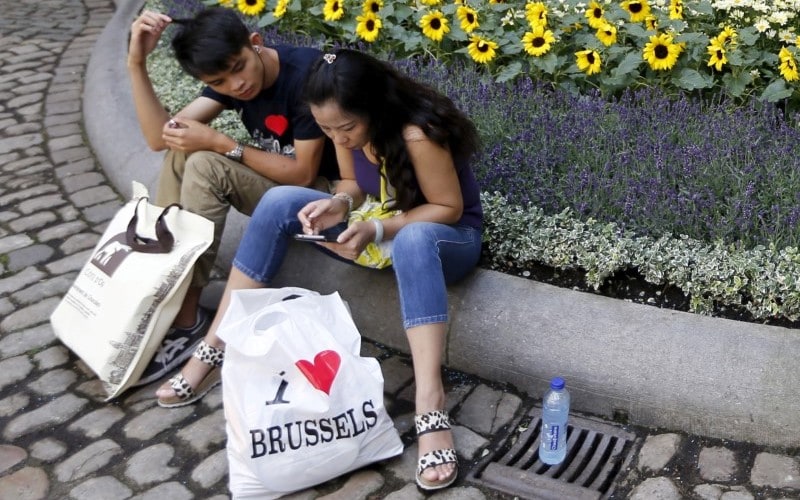 Roaming charges for using mobile phones when travelling within the European Union disappear on Thursday, capping a decade-long battle by Brussels to show increasingly sceptical Europeans it can make their lives better.

Yet for all the excitement it is generating within European Union institutions, opt-outs secured by major telecom firms and member states' refusal to give up their lucrative national airwaves may leave many holidaymakers disappointed this summer - and facing higher bills at home.

Ending the practice of adding hefty charges to surf the Internet, call or send texts when abroad within the EU has been a cause celebre for the European Commission and Parliament which saw it as an affront to common market ideals.

"The European Union is about bringing people together and making their lives easier. The end of roaming charges is a true European success story," the institutions said on Wednesday.

The change in legislation finally passed several months ago was certainly welcomed by some visitors to Brussels.

"I think it's excellent," said Charlie Wild, a musician from Scotland. "I've been in Europe for two weeks spending three pounds ($3.80) a day to be able to use my phone, and tomorrow I don't have to, and it's great."

Julie DuBlanc, visiting from France for work, said, "We'll be checking our phones more often, as we would in Paris."

But she may need to be careful. The project has faced numerous setbacks as mobile phone operators have lobbied to maintain what has been a significant source of revenue while the realities of a fragmented telecoms market have confounded politicians' efforts to do away with the charges.

The snag was that while customers can no longer by law be asked to pay extra when using phones abroad, operators still face wholesale fees from the foreign networks that connect them.

A solution which involves capping wholesale charges has proved fiendishly complex since it means setting a cap that suits companies in all 28 member states, even though domestic mobile rates vary hugely.

North vs south
In northern Europe countries, which are effectively net exporters of tourists, there is concern that high wholesale fees being paid to networks in southern holiday destinations, combined with the loss of roaming revenue, could force firms to stop letting customers use their phones abroad at all.

Alternatively, the companies in the north could raise charges at home to offset the losses, effectively forcing poorer, stay-at-home customers to subsidise travellers.

In the tourist-magnet south, governments argued that low wholesale charges would hurt their local phone operators which play host to visitors, and force them to jack up rates for customers at home as well.

The compromise struck pleased the larger operators but smaller firms said the wholesale roaming caps were still too high, and the effects are beginning to ripple out.

As a result, Telia will stop offering roaming as part of its Swedish data-only mobile broadband price plans, Malloch said.

Operators in Scandinavia and the Baltics, including Telia in Estonia and Lithuania, have also applied for exemptions from the obligation to stop levying roaming charge - something EU rules allow if the companies face at least a 3 percent revenue hit.

Some in the business were not impressed by the loopholes.

"It's a real shame and disappointment that the incumbent operators, who fought against lower roaming charges so hard, are now abusing the system to over-charge their customers," said an executive at a virtual network operator, or a company that offers network services using the networks of other providers.

Credit Suisse analysts estimated in April that the introduction of roam-like-at-home was leading to increases in base tariffs to offset the lost revenue, which is expected to be between 2 percent and 5 percent across Europe.

However, Malloch at Telia said it was too early to say who would be the winners and losers, as the end of roaming was likely to lead to higher data consumption as people lounging on the beach stop holding back from sharing their holiday snaps.