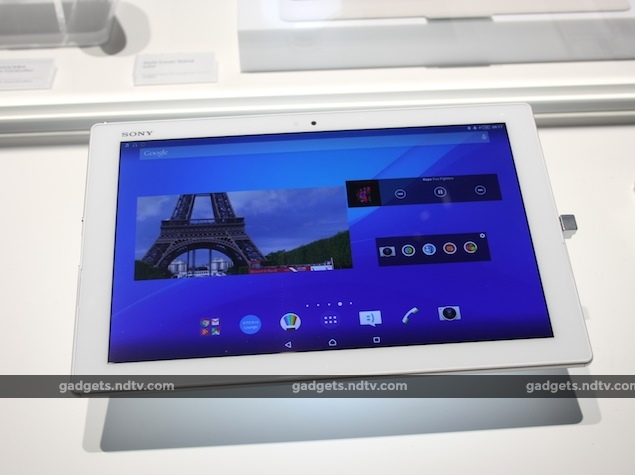 Reports of Sony's impending exit from the smartphone business have been doing the rounds in the recent past, but that hasn't stopped the Japanese tech giant from announcing a successor to the its Xperia Z2 Tablet - the Sony Xperia Z4 Tablet. Once again Sony is targeting the entertainment junkies with its new tablet.

In typical Sony fashion, the Xperia Z4 Tablet is slimmer, weighs next to nothing, and is waterproof. With the Z4 Tablet, Sony leverages its tried and tested OmniBalance design aesthetics from its Xperia Z range of smartphones for the Xperia Z4 Tablet. We think this design approach works in the favour of the Z4 Tablet but it doesn't look too different from the previous generation tablet from Sony. 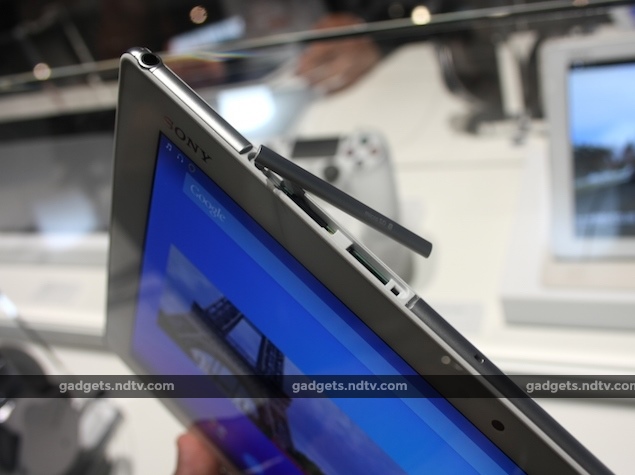 A soft stainless steel trim runs along the edges. Additionally, Sony uses a material called mineral glass on the rear; it has a textured pattern and feels a lot like soft plastic to touch. In fact, our very first takeaway after spending time with the tablet was that it felt approachable. The combination of these materials makes the tablet look premium and also aids in gripping it nicely. Despite being the world's slimmest and lightest tablet, at 6.1mm and 389g (Wi-Fi)/ 393g (LTE) respectively, the Z4 Tablet feels sturdy. Moreover, the Sony Xperia Z4 Tablet has a IP68 waterproof and IP65 dust-proof rating. At Sony's booth, the tablet was immersed in a bowl of water to showcase its capabilities.

The flap covering the microSD card and optional Nano-SIM card are present on the top edge of the tablet along with the repositioned 3.5mm audio jack. The power button and the volume rocker are both placed on the left edge. Please remember that we are talking about these placements in relation to the tablet being held in landscape orientation. 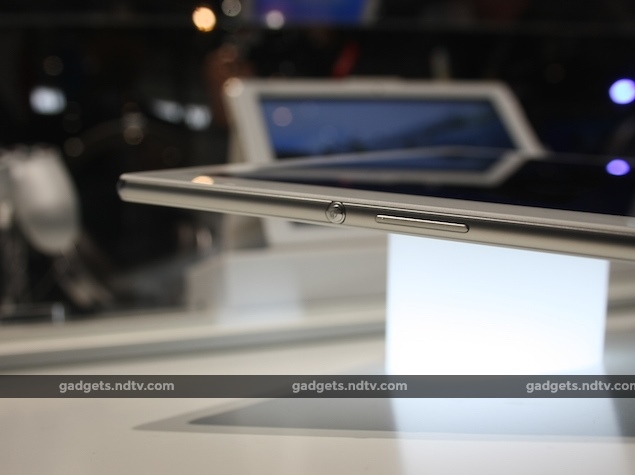 The front is all glass and it is dominated mostly by the display. The screen-to-body ratio is approximately 67 percent, which means there are huge bezels around the edges. Sony has implemented a 10.1-inch IPS panel with a screen resolution of 2560x1600 pixels, which means that the display packs 300 pixels per inch. It is vibrant and comes to life the moment it is woken up from sleep state. We couldn't test the sunlight legibility since we were indoors but Sony claims that it is the world's brightest display on a tablet. Also, the display uses Sony's proprietary Trilminous and X-reality engine tech.

Inside, Sony uses Qualcomm's latest Snapdragon 810 chipset and 3GB of RAM for smooth functioning. We spent some time with it, and it worked flawlessly, opening and closing apps in a jiffy. There is 32GB of in-built storage space that can be further expanded up to 128GB using the microSD card slot. It runs the latest Android Lollipop OS with a few additional Sony-specific apps. Unfortunately, we couldn't spend much time to take a comprehensive look at what's on offer software-wise. That said, we know for a fact that Sony is bundling an Xperia Lounge Gold service for exclusive apps, apart for video and music content. 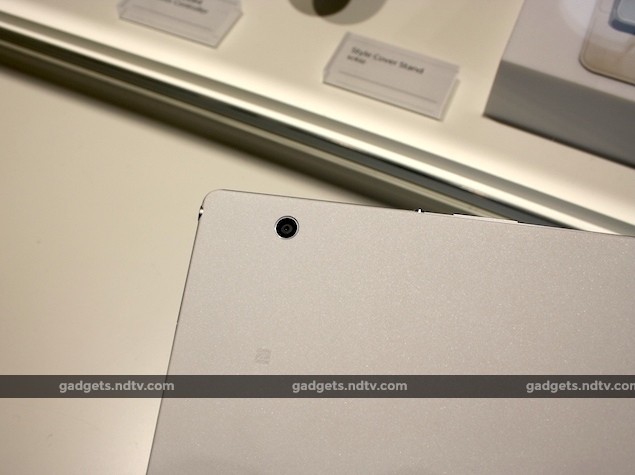 Sony has also incorporated an 8-megapixel primary camera and a 5.1-megapixel secondary one. We captured a couple of photos in the limited time we spent with the device and noticed some well-saturated colours and great details in the sample captured by the rear camera. The tablet is powered by a large 6000mAh battery and we'll put it to test when we get more time with the tablet in the future.

One of the features that Sony has been promoting in the Xperia Z4 Tablet is the inclusion of DSEE HX processing, which claims upscales the audio fidelity of tracks to near High-Res Audio quality. We managed to listen to a song on one of Sony's high-end headphones and noticed that the audio quality was pretty good and we'd definitely like to test this in detail in the future. The dual front-firing speakers are adequately loud in the open booth area. 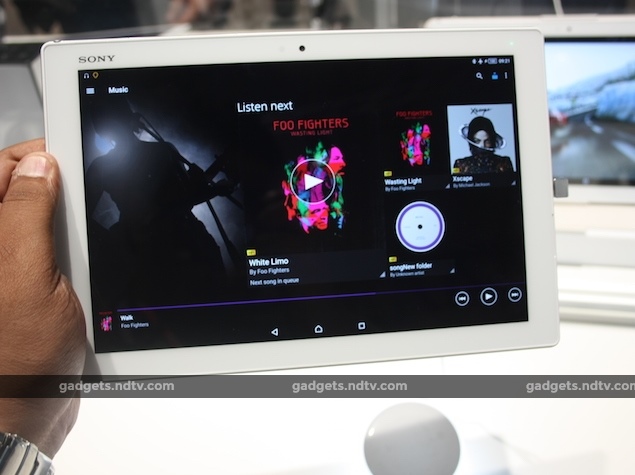 Sony has priced the Xperia Z4 Tablet at EUR 559 (Rs. 38,700 approximately) for the Wi-Fi only model while the 4G LTE model is listed at EUR 659 (Rs. 45,600 approximately). Sony also showed three accessories to be sold separately with the tablet which include, a specially-designed Sony BKB50 Bluetooth Keyboard, Sony SRC32 tablet cover, and the Sony BSP60 smart Bluetooth speaker. We with the Bluetooth Keyboard and the keys felt squishy but they were adequately spaced from each other.

We think that Sony has been making some interesting progress in the Android tablets space and are definitely keen on getting our hands dirty with the Xperia Z4 Tablet for a full review in the future. Keep watching this space for more.

Disclosure: Sony made the announcement at an event on the sidelines of MWC in Barcelona. MediaTek sponsored the correspondent's flights and hotel in Barcelona.