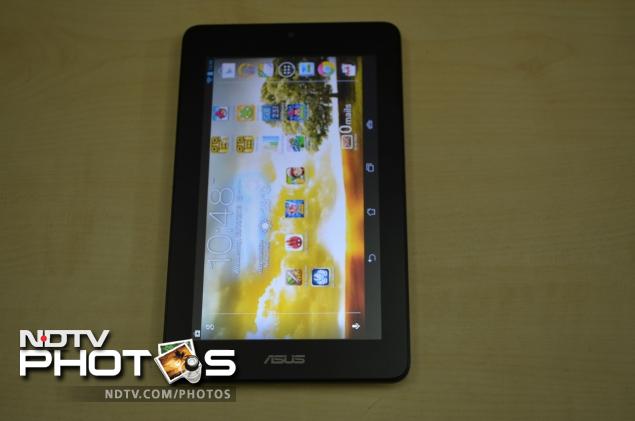 The tablet market in India seems to be growing by leaps and bounds. The Taiwanese tablet maker Asus is now trying to get a slice of this pie with the launch of the Asus MeMO Pad ME172V. This is the first sub Rs. 10,000 tablet that the company has launched. It is a 7-inch tablet that runs on Android 4.1 (Jelly Bean). It is powered by a 1GHz VIA WM8950 processor. The company is targeting to capture 15 per cent market share in the country banking on this tablet.

It is noteworthy, that Asus is known more for its popular Nexus 7 tablet that the company has launched in the global markets in conjunction with Google.

In the recent past, we have seen Indian brands such as Videocon, Lava and international brands like Acer and Swipe launch their Jelly Bean tablets too under the price bracket of Rs.10,000. So is Asus MeMO Pad ME172V a compelling challenger in this category? We find out in this review.

Build & Design
The Asus MeMO Pad ME172V is a 7-inch tablet that sports an elegant look. Though the device is made primarily of plastic, yet it does not appear cheap from any standard. This is in sharp contrast to the Acer Iconia B1-A71, which does look and feel low priced. The Asus tablet feels quite sturdy and there are no creeks that one can feel in this device.

Most of the front is taken by the 7-inch screen, which is surrounded by a large bezel. There is also a front camera placed in the middle on the top strip of the bezel, while the Asus branding is at the bottom. 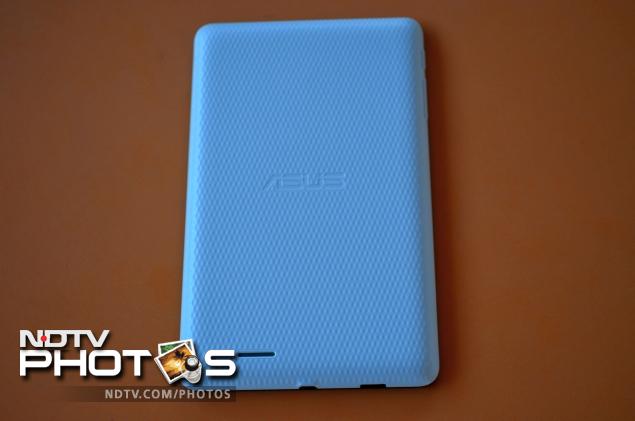 When held in landscape mode, the left panel houses the USB/ charging port and a microSD card slot. The right panel has the 3.5mm audio jack. The top panel has the volume rocker and power/ standby button. The back panel features a diamond-patterned design and houses the speaker grill. The tablet is 11.2mm thin and weighs in at 370 grams, which makes it comfortable to hold the device.

The only thing that we did not like in terms of design is the duality of colour scheme. The bezels of the tablet are black in colour, while the back is a white.

Display
The Asus MeMO Pad ME172V comes with a 7-inch TFT display comes with a resolution of 1024x600 pixels. This is respectable for a 7-inch budget tablet. The device has a decent display and good viewing angles. Reading e-books, watching pictures and videos on this tablet is a pleasurable experience.

The Acer Iconia B1-A71 and Lava Etab Xtron come with the same screen size and resolution. However, we found that when compared to Acer, the Asus tablet has a better display and viewing angles while the Lava tablet is almost at par. The touch sensitivity on the Asus MeMO Pad ME172V is also good.

There are quite a few apps that come pre-loaded with this tablet. For reading e-books there is the popular Amazon Kindle app and MyLibrary Lite app. There is also a PressPreader app to enable users to read newspapers from across 95 countries. 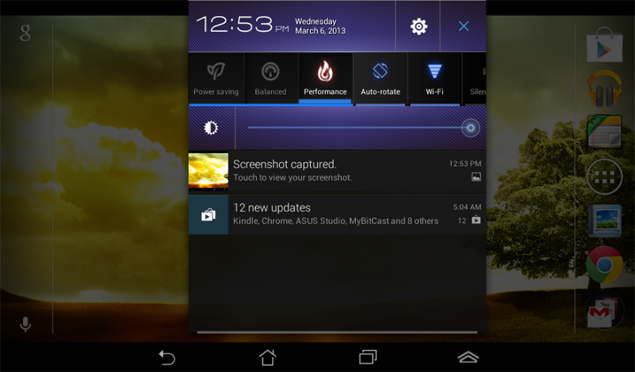 For the photography enthusiasts, there is an Asus Studio app that helps you in managing, editing and tagging your pictures. The BuddyBuzz app is thrown in for social media junkies. AudioWizard app is there to enjoy multimedia on the go. The company has also added custom apps such as Play Music and Movie Studio to helps users to enjoy music and videos respectively. Other applications that are pre-loaded on to the tablet include App Backup, App locker, Sticky Memo, SuperNote Lite, MyBit Cast, MyPainter and Zinio.

As Asus MeMO Pad ME172V is a Jelly Bean tablet, it also offers 'Google Now', which is a voice based information assistant. You can ask questions and the tool returns answers or search results. It uses 'cards' which are essentially small boxes that offer different sets of information ranging from weather forecast, directions, traffic information, scores, appointments, and currency conversion, among others. Google Now collects information based on the user's behaviour, location and even email to offer information, automatically.

Currently the tablet is running on Android 4.1, but when quizzed Asus has indicated that they will be looking at rolling at update to Android 4.2 for this tablet in due course of time. It remains to be seen if the company actually delivers on this promise.

Camera
The tablet comes with a 1-megapixel front camera with f/2.0 aperture that can record 720p video at 30fps. Asus has given rear camera a miss in this tablet. It appears that the camera is thrown in just for video chats so we mainly tested it indoors and found that the pictures and videos clicked with the front camera are quite grainy.

Performance/ Battery Life
The table is powered by a VIA WM8950 processor clockin in at 1GHz, coupled with 1GB RAM and a Mali-400 GPU. The tablet is able to perform routine tasks well. However, multitasking is not its cup of tea. Try opening more than three to four apps on the tablet and one can see the tablet shudder a bit.

The gaming experience was a normal affair too. Though games like Fruit Ninja, Subway Surfers, Angry Birds and Temple Run can be played without a hitch, the same cannot be said about a game like Shadow Gun. 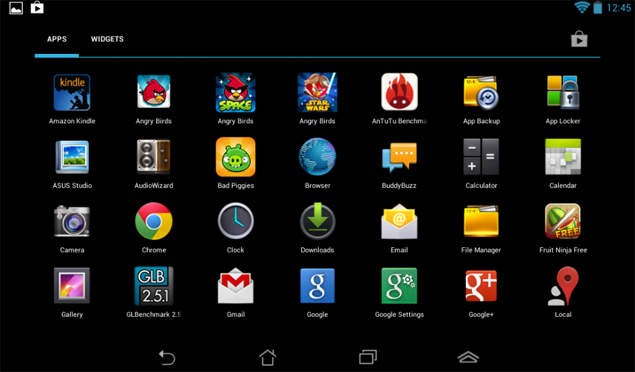 It comes with 8GB of internal storage, which can be expanded by up to 32GB via microSD. Asus is also offering 5GB of cloud storage for life through ASUS WebStorage.

The tablet comes with the native Android browser along with Chrome. Both browsers render all webpages well. The speakers on the tablet deliver good quality sound but the output through the speaker grill was not very loud. This is a Wi-Fi only tablet, which means that it does support 3G or voice calling. Also there is no Bluetooth connectivity, which seems to have become an unfortunate trend in the budget tablet segment.

Asus MeMO Pad ME172V has a 4,270mAh battery on-board. We were able to get around 7 hours of video playback, with the display on full brightness levels, which is great given the price of the tablet.

Verdict
The Asus MeMO Pad ME172V is a good value offering if you are looking for an Android tablet with a budget in mind. The tablet looks decent and packs in a good display, which makes it ideal to watch movies, read mails and e-books. It also has a respectable build quality. Another advantage of the tablet is that it is able to deliver battery playback of up to 7 hours. However, the 1GHZ processor can be underwhelming for some, especially those who want to play a lot of high graphic games on this tablet. Also a 1-megapixel front camera may want you to explore other options that are available in the market.

If you are willing to make a bit of compromise in terms of design and display then the Acer Iconia B1-A71 (Review) is a 7-incher worth looking. The tablet comes with Bluetooth connectivity and cost a couple of thousand rupees less. You can also consider the Lava Etab Xtron (Review), which is a good value for money proposition at Rs. 6,499.