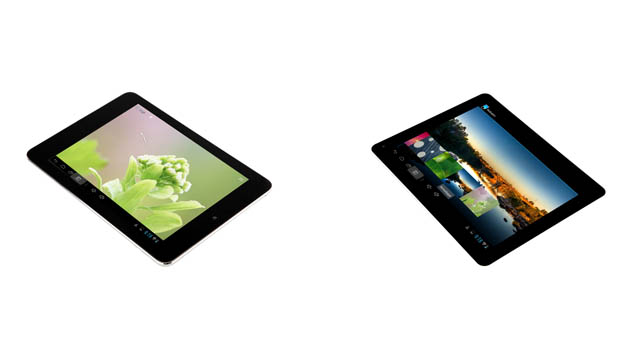 Zync Quad 9.7 on the other hand comes with 9.7-inch screen with an LED-backlit Super HD IPS Display (2048x1536). The company claims that the display of the tablet is equivalent to Apple's iPad 3 Retina Display. Just the Quad 8.0, this tablet too is powered by a 1.5GHz quad-core processor accompanied by 2GB of RAM. Internal storage available is 16GB and can be expanded by up to 32GB. For camera, there is a 5-megapixel rear camera and 2-megapixel front camera. The tablet packs in a 8,000mAh battery and will be available on the stands for Rs. 13,990.

The third tablet that Zync has launched is 7-inch Dual 7.0 tablet which has a display resolution of 800X480.It comes with 1.6 GHz dual-core tablet that will be retailing for Rs. 5,990. Internally, Zync Dual 7.0 comes with 1GB of RAM, 8GB of internal storage. There is a 0.3-megapixel front camera and a 2-megapixel rear camera. The tablet runs on Android 4.1 (Jelly Bean) and is powered by 3,000mAh battery.

All the three tablets will be available through popular e-commerce websites such as Flipkart, Tradus, Infibeam, Snapdeal and Indiaplaza to name a few.

Commenting on the launch Ashish Garg, Director, Zync Global, said, "Zync has been working on these products for some time and we are very excited at the launch. Our Quad 8.0 would be the first ever 8 inch tablet in India and the Quad 9.7 would be the only tablet with an LED-backlit Super HD IPS Display which the company has launched at such exciting price points. Our new offerings cater to the tech-savvy generation who want to possess the latest gadget with all the latest features bundled into one. Zync has been dedicatedly worked on bringing value for money products for its users and we are sure with the quad core tablets, these offerings are going to create a rage amongst the younger audiences."