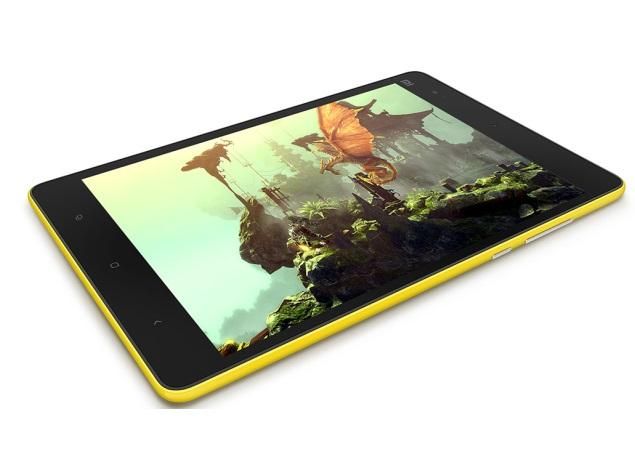 The tablet was introduced at an event in Beijing by Lei Jun, Xiaomi's CEO. Xiaomi announced a mid-June China availability the tablet.

The Xiaomi MiPad comes with a 7.9-inch QXGA (2048x1536 pixel) IPS Retina display resolution with a pixel density of 324ppi, all of which is protected by Corning Gorilla Glass 3 screen. Notably, this seems to be the same Sharp-made display Apple uses on the iPad mini with Retina. The new Xiaomi MiPad runs on Android 4.4 OS paired with MiUI out-of-the-box.

Notably, the MiPad is the first tablet to be powered by a '4+1'-core Nvidia Tegra K1 SoC ARM Cortex-A15 processor clocked at 2.2GHz with the 192-core Kepler GPU, alongside 2GB of LPDDR3 RAM. Xiaomi is also offering MicroSD card support for up to 128GB storage expansion.

The Xiaomi MiPad tablet sports an 8-megapixel rear camera with a Sony BSI sensor that can shoot full-HD resolution videos. It also features a 5-megapixel front-facing camera that includes an OmniVision sensor. Both cameras come with a f2.0 aperture. Connectivity options of the tablet include dual-band Wi-Fi 802.11 a/b/g/n/ac and Bluetooth 4.0.

The MiPad tablet is backed by a 6700mAh Li-ion battery and is available in Black, White, Red, Blue, Green and Yellow colour variants. The tablet measures 135.4x202.1x8.5mm and weighs 360 grams.

Last month, Xiaomi revealed its expansion plans for this year, which includes an entry in 10 new markets including India. The Chinese handset maker is yet to reveal the specific rollout plan for each of the countries, but one can expect to hear more soon.