Will we see a Google Nexus tablet in the next 6 months? 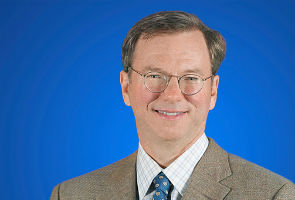 Highlights
Google says we will see a tablet in the next six months - and reports suggest it could be a Nexus.

Speaking to an Italian newspaper, Google Chairman Eric Schmidt said, "in the next six months we plan to market a tablet of the highest quality".

Although he didn't specify further, tech insiders believe this could be a Google Nexus venture in the tablet space.

In the past Google has partnered with Motorola to launch the Xoom, a tablet powered by Google Android's tablet specific Honeycomb OS.

Google has a history of partnering with hardware manufacturers to launch flagship devices such as the Nexus One (manufactured by HTC), Nexus S and the Galaxy Nexus (Manufactured by Samsung).

With Google's recent acquisition of Motorola, it's an easy joining of dots to speculate that the Xoom manufacturer may produce the new tablet device.

Another question that remains to be answered is whether the device will run on Android's latest ICS (Ice Cream Sandwich) OS that launched alongside the flagship Galaxy Nexus smartphone.

With the launch of the next iteration of the iPad expected in the next few months, could this be the point where we finally see the tablet wars finally heat up?
Comments