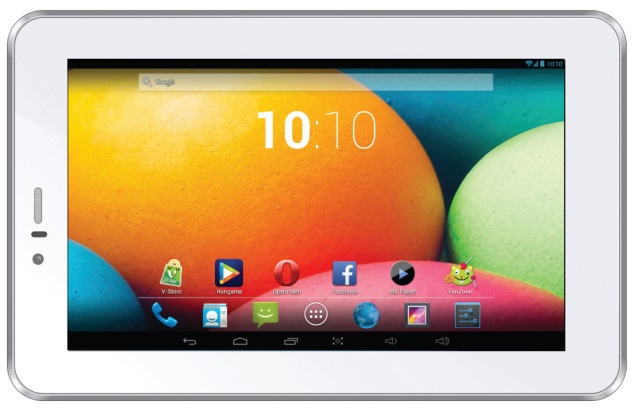 Videocon as part of expanding its offerings in budget tablet segment has launched the VT85C at Rs. 8,999.

The Videocon VT85C runs Android 4.2 Jelly Bean and supports voice-calling with SIM card. It comes with a 7-inch display with a resolution of 1024x600 pixels. The tablet is powered by 1.2GHz dual-core Cortex A9 processor (unspecified chipset) with GC 1000 GPU. The Videocon VT85C sports a 5-megapixel rear camera and includes a VGA front-facing camera.

There is 1GB of RAM onboard, and the VT85C includes 4GB of inbuilt storage which is further expandable up to 32GB via microSD card. The tablet offers Wi-Fi, GPS, AGPS, micro-USB and 3G (SIM only) connectivity options. The tablet packs 3000mAh battery. Videocon preloads some apps on the tablet which include Facebook, OperaMini, Vstore, Hungama and NQ Mobile Security. It also features FM radio with recording and supports sensors such as ambient light sensor, G sensor, and proximity sensor. The VT85C comes with dimensions 192.1x121.1x10mm. 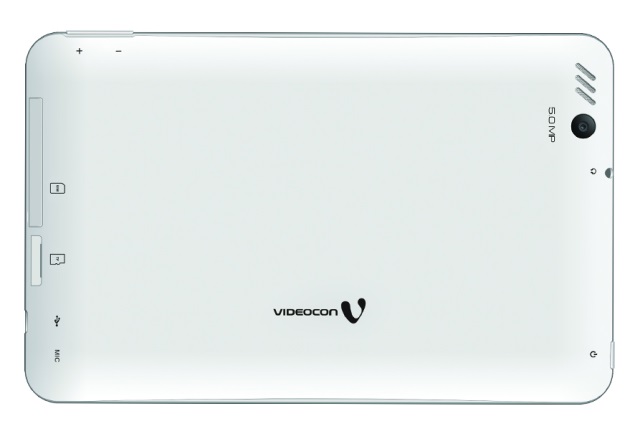 Commenting on the launch, Khalid Zamir, Head, Product Planning and Development, Videocon Mobile Phones said, "With the Videocon VT85C we seek to redefine the user experience of the consumers with intent to bring top quality products at an affordable cost. The VT85C brings all the latest technological innovations in a pocket-friendly pricing to the consumers, with which we seek to engage greater consumers with the brand."

Recently, the company revamped its smartphone line-up and announced the Infinium series that included eight smartphones, the Videocon A55HD, A55qHD, A54, A53, A52, A48, A42 and A31.