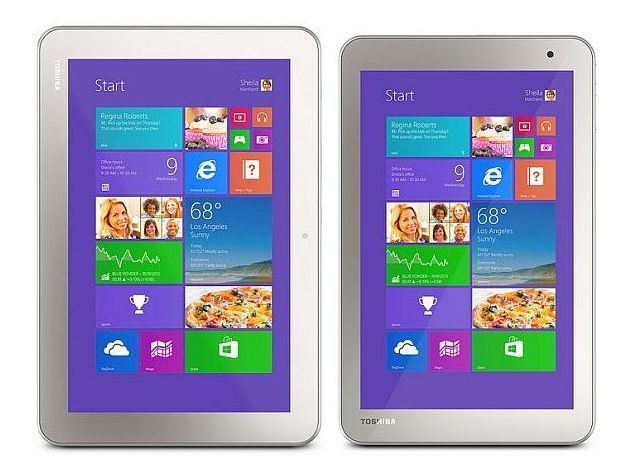 Toshiba has expanded its range of tablet PCs by introducing two new Windows 8.1 tablets in the Encore 2 range, and one new Android tablet dubbed Excite Go.

While the Encore 2 range of tablets with 8-inch and 10-inch screen sizes run on the recently announced Windows 8.1 with Bing version, the Excite Go tablet features a 7-inch display and runs on Android 4.4 KitKat.

Both the Encore 2 tablets with 8-inch and 10-inch screen size sport the same (1280x800 pixel) resolution multi-touch display. This means that out of the two, the 8-inch Encore 2 tablet should have the sharper display. Both come with a front-facing 1.2-megapixel HD webcam and a 5-megapixel rear camera with auto-focus capable of recording full-HD videos.

Both the Encore 2 tablets Intel's quad-core Atom Z3735F processor (Bay Trail-T with Silvermont microarchitecture, with reference clock at 1.3GHz) and include 32GB of inbuilt storage. It has been noted that both the tablets can be configured up to 64GB of inbuilt storage and can support up to 128GB of storage via microSDXC card.

Unfortunately, not all the specifications of the tablets are known, however, we expect more to be revealed as the Encore 2 tablets reach in the market. 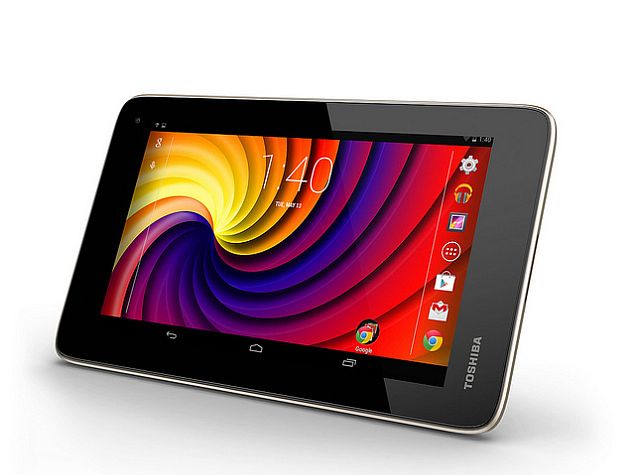 Toshiba also introduced a smaller 7-inch screen tablet running Android 4.4 KitKat, called the Excite Go. The tablet is priced at $109.99 (roughly Rs. 6,500) and will be available in early July.

Toshiba's Excite Go comes with a 7-inch (1024x600 pixels) resolution display. It runs on the same Intel quad-core Atom Z3735F processor like both the above mentioned Encore 2 tablets. Equipped with 16GB of inbuilt storage, the tablet can support up to 128GB via microSDXC card. It has been also noted that the Excite Go would feature 1GB of RAM.

Toshiba's Excite Go tablet comes with a pre-loaded full version of OfficeSuite Pro and delivers up to 7.5 hours of use in a single charge. The dimensions of the tablet are not yet known, but Toshiba says it will come in Satin Gold colour, and weigh around 354 grams.