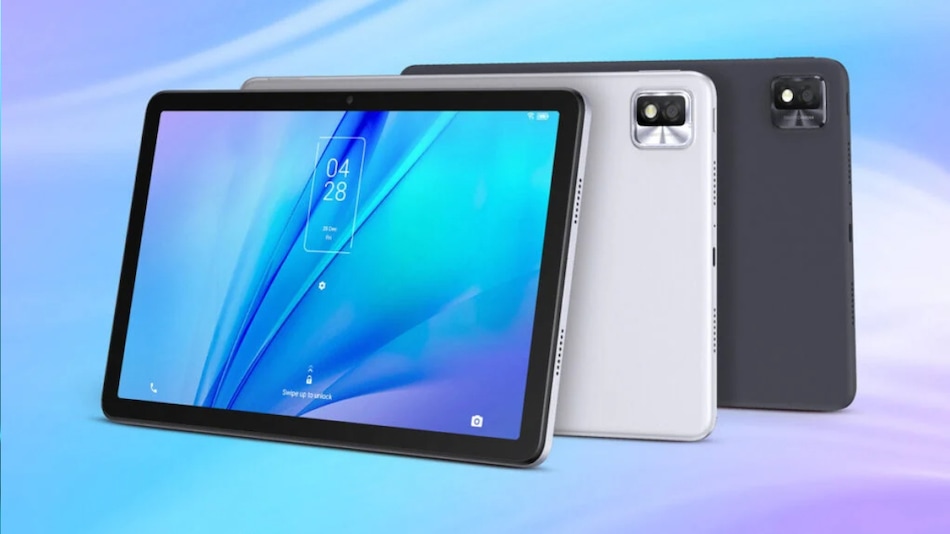 TCL has announced a range of devices at CES 2021. This includes NXTPAPER and Tab 10s tablets, and TCL's new Mini-LED, QLED and 4K HDR TV range. It also detailed on its Next-Gen OD Zero mini LED Technology that looks to be introduced in TVs later this year. Key specifications of the new TCL Tab 10s include MediaTek MT8768 SoC and a large 8,000mAh battery. TCL has also confirmed that a series of TCL Google TVs will be launched in 2021, starting in the US and later in other parts of the world.

Starting with the TCL Tab 10s, the tablet is priced at EUR 199 (roughly Rs. 17,700) for the Wi-Fi model and EUR 249 (roughly Rs. 22,200) for the 4G model. It will be made available in Europe, North America, Middle East, Africa, China, Asia Pacific, and Latin America, and exact availability details will be announced in each region

Coming to specifications, the TCL Tab 10s runs on Android 10 and features a 10.1-inch full-HD (2,000x1,920 pixels) LCD display. It is powered by the MediaTek MT8768 SoC paired with up to 4GB of RAM and up to 64GB of storage. There is an 8-megapixel rear camera and a 5-megapixel front camera for optics and it packs a large 8,000mAh battery on board with 18W fast charging support. Connectivity options include USB Type-C port, Wi-Fi 802.11ac, Bluetooth v5, and more.

The new TCL NXTPAPER tablet is priced at EUR 349 (roughly Rs. 31,100). It will be available in Europe, Middle East, Africa, Latin America, and Asia Pacific regions from April onwards. The biggest highlight is the NXTPAPER screen that was announced first at IFA last year. This display opts for a NCVM composite sheet instead of LCD to offer a paper-like thin display for optimal viewing experience. It has launched in a single Ultramarine Green colour.

It also runs on Android 10, is IP52 certified, and has an 8.88-inch (1,440x1,080 pixels) IPS display. The tablet is powered by the MediaTek MT8768E SoC paired with 4GB RAM and 64GB storage option. There's microSD card support for storage expansion.

TCL has also announced that it will roll out a series of TCL Google TVs in 2021, starting in the US and later in other parts of the world. These TV sets will come in Mini-LED, 8K, and QLED display technologies.