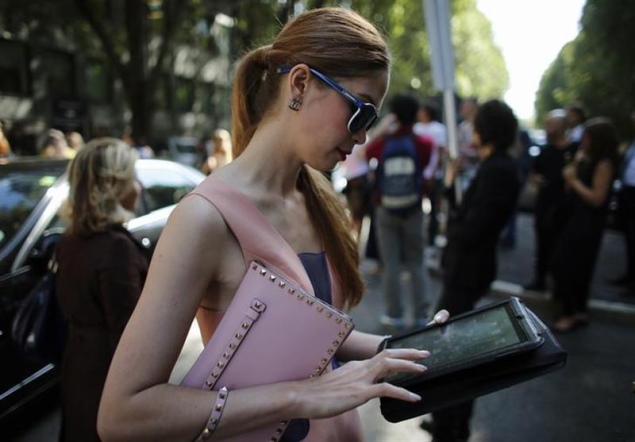 IDC said Apple's iPad is increasing sales but slower than the overall market, and that growth rates are tapering off in the big markets like the United States.

"It's becoming increasingly clear that markets such as the US are reaching high levels of consumer saturation and while emerging markets continue to show strong growth this has not been enough to sustain the dramatic worldwide growth rates of years past," said IDC analyst Tom Mainelli.

"We expect commercial purchases of tablets to continue to accelerate in mature markets, but softness in the consumer segment brought about by high penetration rates and increased competition for the consumer dollar point to a more challenging environment for tablets in 2014 and beyond." 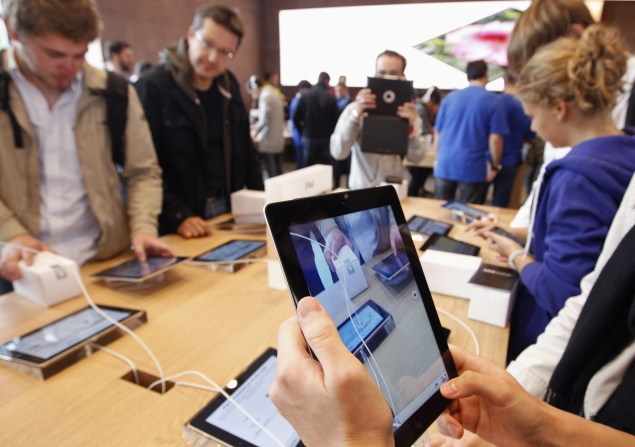 In the quarter, Apple sold 26 million iPads, for a 33.8 percent market share, IDC said. That was down from 38.2 percent a year earlier.

"While the quarter represented (Apple's) most successful on record, its year-over-year growth of 13.5 percent was well below the industry average," IDC said.

"The numbers bring into focus the challenges the company faces as it attempts to grow its tablet business in markets outside of its traditional mature-market strongholds and in the face of continued success from competitors both large and small."

Samsung was the number two vendor, selling 14.5 million tablets for an 18.8 percent market share, according to the survey.

IDC said Amazon which does not publicly reveal sales of its Kindle devices sold 5.8 million tablets in the fourth quarter, securing the number three spot globally with a 7.6 percent market share.

Taiwan's Asus was fourth with 5.1 percent and China's Lenovo fifth with 4.4 percent, the survey showed.