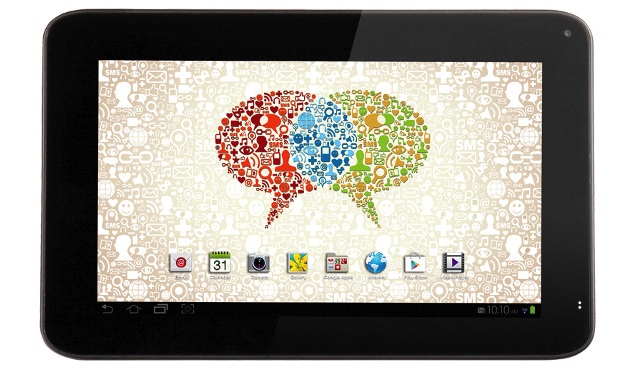 The tablet, which runs Android 4.1 Jelly Bean, is powered by a 1GHz processor and has 512MB of RAM. Its 7-inch multi-touch display has a resolution of 1024x600 pixels. It offers 3G data and voice calling, in addition to featuring Bluetooth 4.0, Wi-Fi and GPS connectivity options. The tablet sports a 3.2-megapixel rear camera and a 1.3-megapixel front shooter. The rear camera feature auto-focus and night vision.

It comes with 4GB of internal storage that's expandable up to 32Gb via microSD card. The tablet has a 3000mAh battery. The tablet has been priced at Rs. 9,999 and is expected t go on sale, shortly.

Although Spice had launched its first tablet, the MiTab as early as September 2011, it wasn't really able to get a foothold in the highly crowded Android tablets market, dominated by players like Micromax, Zync and Karbonn, amongst others. The company sort of made a comeback with its 10-inch tablet,the Spice Stellar Pad (Mi-1010) (Review) which we found to be impressive. It was launched in January, and is powered by a 1.5 GHz dual-core processor with 1GB of RAM. It was one of the first Android 4.1 Jelly Bean tablets from an Indian device maker. The Spice Stellar Pad also included a 3-megapixel rear camera and a VGA front shooter. The tablet came with a large capacity 7600mAh battery.

PayPal ready to go offline, but Wal-Mart holds out
iOS 7 said to sport a look that's different, yet familiar