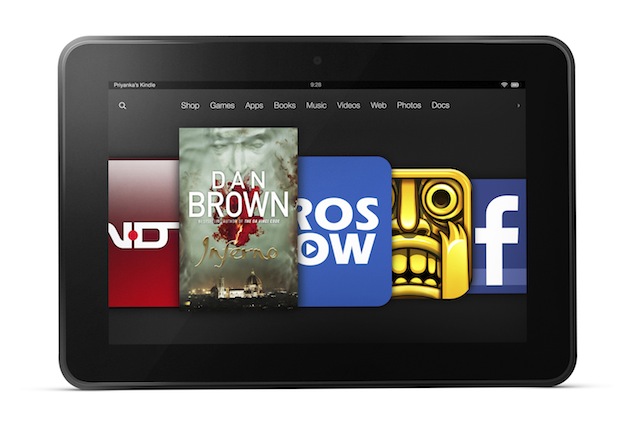 The report suggests that the next generation 7-inch Kindle Fire HD tablet will feature a display with a resolution of 1920x1200 pixels. The tablet will be powered by a quad-core Qualcomm Snapdragon 800 processor that would include four Krait 400 CPUs and Adreno 330 graphics.

While the larger Kindle Fire HD 8.9-inch variant is expected to have same innards as the 7-inch Kindle Fire tablet HD but will have a higher resolution display of 2560x1600 pixels.

An earlier report had indicated that the new models of the Kindle Fire HD tablet will be lighter and feature a more angular design with a flat slope that meets the edges, instead of the current design that has a curved slope. The corners of the tablets would not be rounded as well.

The upgraded Kindle Fire HD will compete against the recently launched new Nexus 7 tablet with Android 4.3 and the revamped iPad Mini tablet that is expected to be unveiled later this year, as well as host of offerings from Samsung.