Sony Launches a New E Ink Tablet With a 13.3-inch Display and Stylus 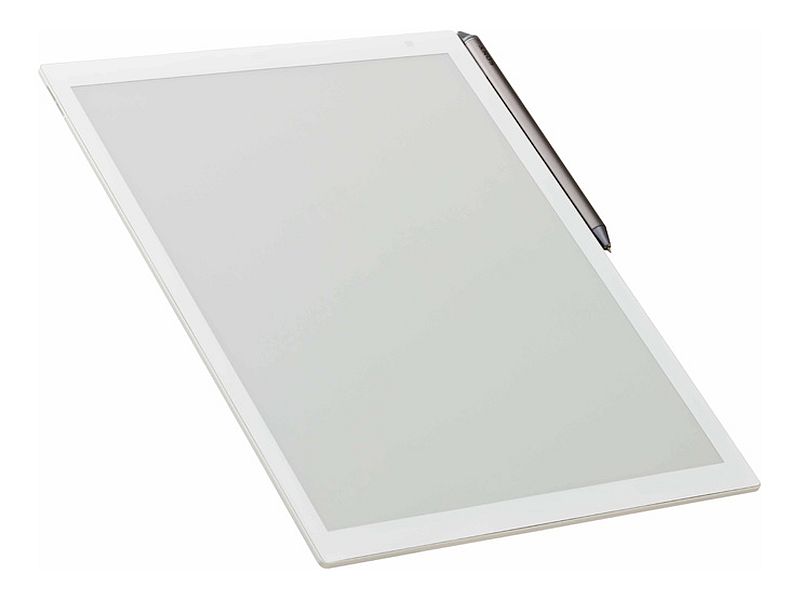 Sony has launched its new E Ink tablet, the DPT-RP1, in Japan. The all-new E-ink tablet features a touchscreen and sports a large 13.3-inch display.

The company claims that the new E Ink tablet sports a thickness of roughly a stack of 30 pages of paper. The new Sony DPT-RP1 is also said to be thinner, lighter, and faster than previous generations.

Sony's new E Ink tablet has been priced at JPY 80,000 (roughly Rs. 47,000) and will be going on sale from June 5. The tablet will be available in Japan, and there has been no announcement from Sony about its global release.

The new e-ink tablet from Sony can only read PDF files, and the company will get the users covered with a bundled Digital Paper app for desktop which will convert websites and other documents to PDF format for viewing on the tablet.

The new Sony DPT-RP1 will be powered by a quad-core Marvell IAP140 64-bit application processor and will come with 16GB on-board storage. The company claims that the E Ink tablet can save approximately 10,000 files. It measures 302.6x224x5.9mm and weighs 349 grams. Connectivity options include Wi-Fi IEEE 802.11a / b / g / n / ac MIMO and Bluetooth 4.2. Sony says that the tablet will take around 5.5 hours to fully charge, and it can last up to one month.