Samsung Galaxy Tab S8 models are tipped to feature a Snapdragon 8 Gen 1 SoC under the hood. 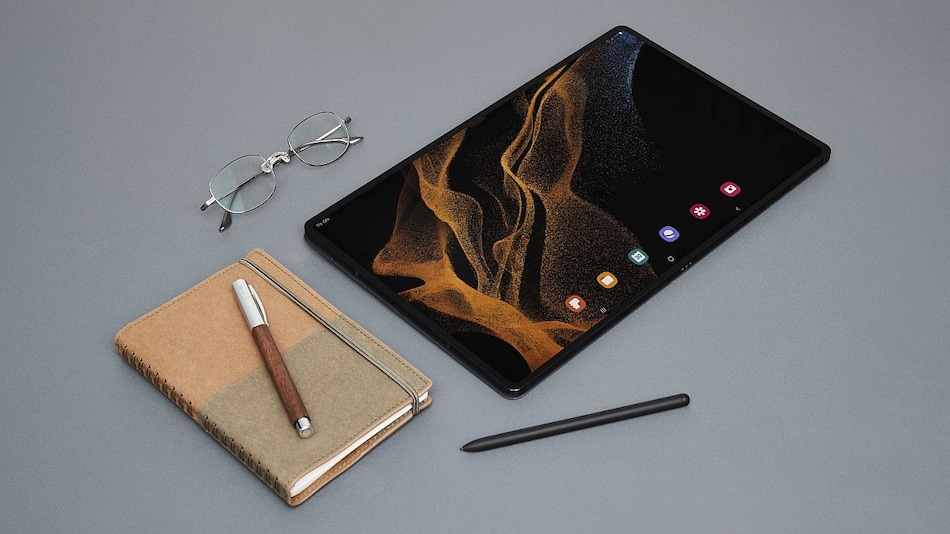 Samsung is tipped to launch the Galaxy Tab S8 Ultra with a massive 14.6-inch OLED display

Samsung is set to host the next Galaxy Unpacked event on February 9. Along with the latest smartphones in the Galaxy S-Series portfolio in the form of the Samsung Galaxy S22 lineup, Samsung is also tipped to launch the latest of its flagship Galaxy S-Series tablets as well. The company is yet to officially announce details regarding the Galaxy Tab S8 series, but images of hi-resolution images of the tablets have now surfaced online along with key specifications, giving enthusiasts a fair idea of what to expect from Samsung's upcoming tablets.

In a live image posted by Twitter user @GaryeonHan first spotted by The Verge, Samsung Galaxy Tab S8 Ultra is shown to sport very thin bezels, along with what appears to be a display notch. The image appears to have been taken at a retail outlet, with a label indicating that the tablet model on display. As previously mentioned, Samsung is yet to officially reveal any information about the Galaxy Tab S8 series. The next Galaxy Unpacked launch event will take place on February 9.