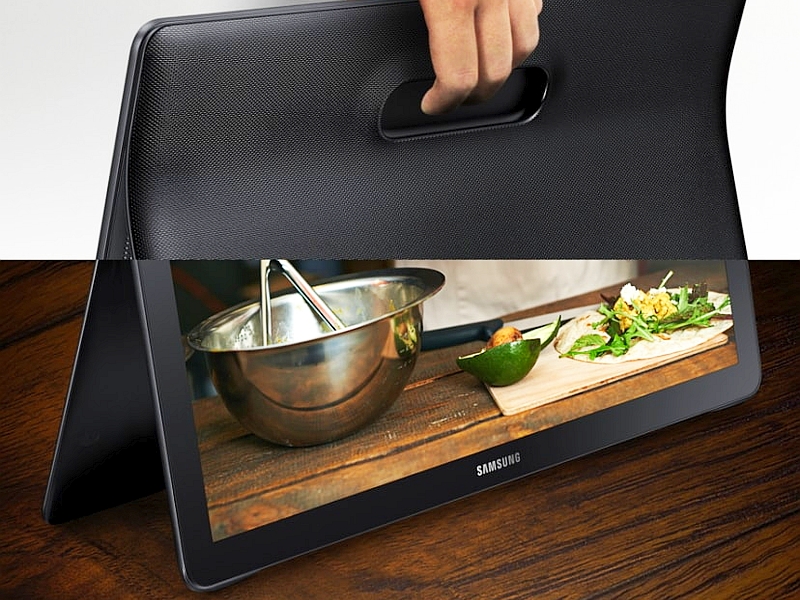 Samsung Galaxy View, the large-screen tablet teased by the tech giant last month during IFA 2015, has finally been launched. Being touted as the "largest Android mobile device on the market," Samsung Galaxy View's pricing and availability have not been revealed yet. The 4G LTE-enabled device has been made with a video-centric interface in mind, says Samsung.

The Android 5.1 Lollipop-based Galaxy View features an 18.6-inch TFT LCD full-HD (1080x1920 pixels) resolution display, which is supported by a built-in 2-way kickstand. The kickstand doubles up as a handle as well to make it easy for users to carry the large tablet around. It is powered by an octa-core 1.6GHz processor (unspecified), clubbed with 2GB RAM. 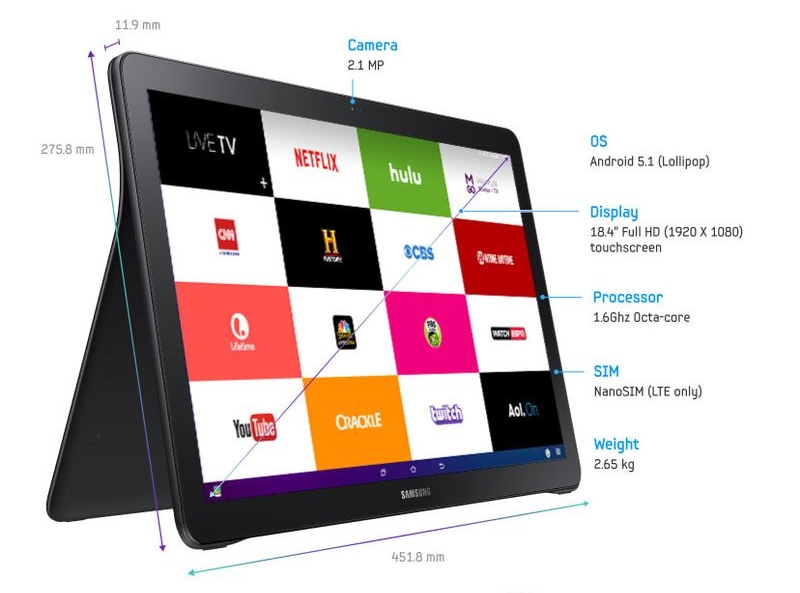 As per The Verge, the tablet has a custom home screen featuring entertainment apps such as Netflix, Hulu, AOL, HBO Go, and YouTube. Swiping on to the next screen would show users the usual Android home screen with folders and apps. The top left section of the custom home screen shows up apps from cable providers including Comcast, DirecTV and Time Warner Cable. The company has promised it would update the apps on the home screen regularly. Users can then download Amazon video, Sling and others to put them on a different home screen.

"At Samsung, we are committed to creating new possibilities and bringing our consumers the best mobile experience," said JK Shin, CEO and Head of Samsung's IT & Mobile Business. "We are very excited to introduce the new Galaxy View, providing an entirely new way of consuming mobile video and entertainment."

Although the price has not been revealed officially, the tablet was briefly listed on an e-commerce US website Adorama, priced at $599 (roughly Rs. 39,000) for 32GB Wi-Fi only model. Spotted by GSMArena, the listing also reveals the Galaxy View to run video-centric Media UX skin on top of Android.