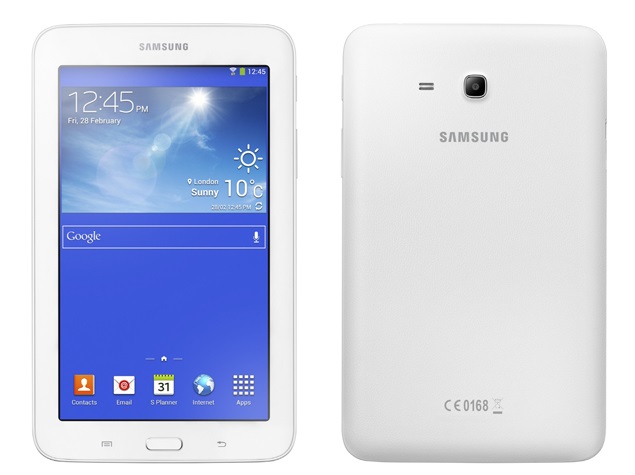 Notably, Samsung officially announced the Galaxy Tab3 Neo (3G) at Rs. Rs. 16,490 in February this year, and had also revealed a tentative release date between last week of February or early March 2014. However, as of now there is no word on availability of the Wi-Fi only variant of the tablet.

It's worth mentioning that the Samsung Galaxy Tab3 Neo was globally announced as Galaxy Tab3 Lite tablet in January 2014. 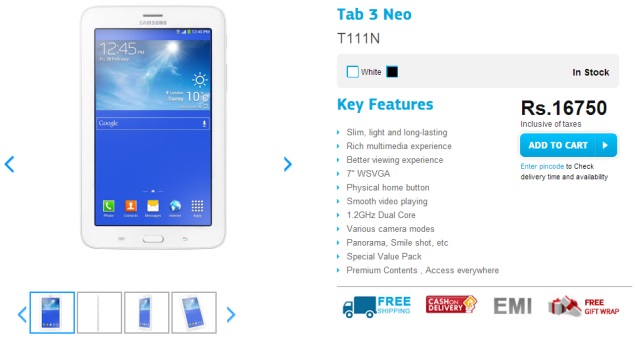 The tablet is powered by a 1.2GHz dual-core processor (unspecified chipset) alongside 1GB of RAM. It comes with 8GB inbuilt storage, which is further expandable up to 32GB with the help of microSD card. The Galaxy Tab3 Neo sports a 2-megapixel rear camera, while there is no front-facing camera. The rear camera also comes with features like Smile Shot, which automatically shoots when smile is detected; Shoot and Share that allows users to share images, and Panorama Shot that offers wide-angle view of a landscape.