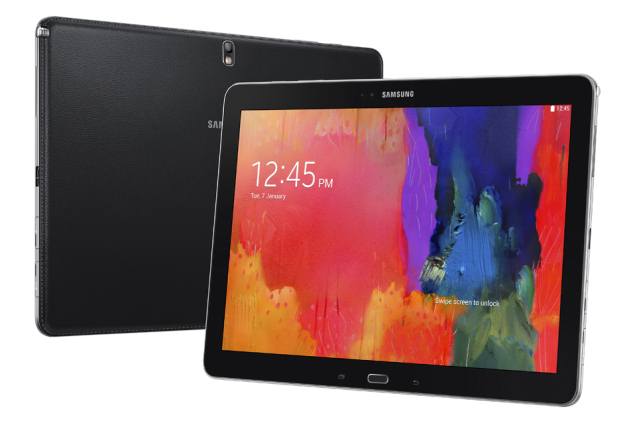 Samsung has officially launched two new tablets in India, the Samsung Galaxy Tab3 Neo and Galaxy NotePRO, priced at Rs. 16,490 and Rs. 64,900 respectively. Both devices are expected to be available by the last week of February or early March 2014.

Notably, the Galaxy Tab3 Neo tablet comes in two variants, Wi-Fi and 3G. The 8GB Wi-Fi variant of the Samsung Galaxy Tab3 Neo has been priced at Rs. 16,490. Samsung has not detailed the availability or pricing of the 3G model.

While the Samsung Galaxy NotePRO is available with various connectivity options - Wi-Fi Only, Wi-Fi and 3G, or Wi-Fi and LTE - Samsung has launched the Wi-Fi and 3G 64GB model in India, which features the priced at Rs. 64,900 price tag. 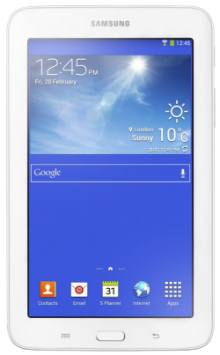 The Galaxy Tab3 Neo tablet is powered by a 1.2GHz dual-core processor alongside 1GB of RAM. It comes with 8GB inbuilt storage, which is further expandable up to 32GB with the help of microSD card.

The Galaxy Tab3 Neo sports a 2-megapixel rear camera, while there is no front-facing camera. The rear camera also comes with features like Smile Shot, which automatically shoots when smile is detected; Shoot and Share that allows users to share images, and Panorama Shot that offers wide-angle view of a landscape.

The Galaxy Tab3 Neo packs a 3600mAh battery which the company claims can deliver up to eight hours of video playback. The Samsung Galaxy Tab3 Neo comes with 193.4x116.4x9.7mm dimensions and weighs 310 grams.

Connectivity options on the Galaxy Tab3 Neo tablet include Wi-Fi, Wi-Fi Direct, Bluetooth, Micro-USB, GPS/ AGPS, GLONASS and 3G (for the variant not available as yet).

The Galaxy NotePRO is powered by Exynos 5 Octa processor (a 1.9GHz quad-core and 1.3GHz quad-core AP) clubbed with 3GB of RAM. It includes 64GB of inbuilt storage, with an additional 64GB expandable storage via microSD card. 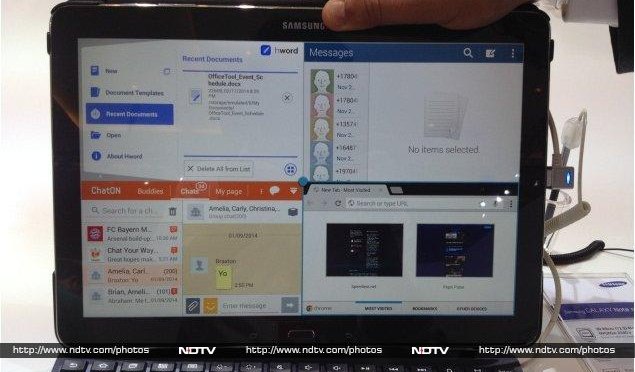 Samsung Galaxy NotePRO multi-window (pictured above) now supports up to 4 windows on the screen at the same time. Samsung has also incorporated Webex integration for the tablet in which E-meeting lets you host a meeting with up to 20 people over Wi-Fi where you can collaborate in real time.

Also onboard the Samsung Galaxy NotePRO is the personalized Content Home feature, which enables users to organize favourite content in an easy-to-use dashboard with automatic feeds and news updates.

Disclosure: Samsung made the announcements at Samsung Forum in Bali. Samsung sponsored our flights and hotel.