Samsung Galaxy Tab S7 is powered by the Qualcomm Snapdragon 865+ SoC and comes with a 120Hz refresh rate screen. 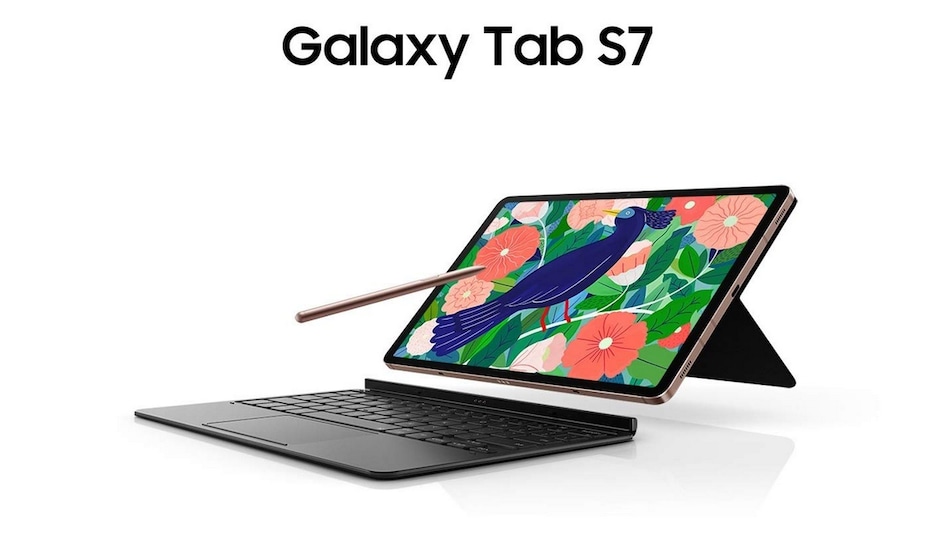 Samsung Galaxy Tab S7 is coming to India “soon” as its Amazon India promotional page has gone live. The Galaxy Tab S7 was launched on August 5 during Samsung's Galaxy Unpacked event, alongside the Samsung Galaxy Tab S7+. The Amazon page does not have an exact release date as of yet but it does come with the “Notify Me” button suggesting that the Indian launch is not too far. While the availability and pricing is unclear, the specifications are mentioned on the page.

For connectivity, the Samsung Galaxy Tab S7 has 4G (optional), Wi-Fi 6, Bluetooth v5.0, GPS/ A-GPS, and a USB Type-C port. It is backed by an 8,000mAh battery. Sensors on the tablet include an accelerometer, ambient light, gyroscope, magnetometer, and a side-mounted fingerprint sensor. The tablet also comes with Wireless DeX support that allows for a mini desktop-like environment. The Samsung Galaxy Tab S7 also comes with an improved S Pen that has a latency of nine milliseconds just like on the Samsung Galaxy Note 20 Ultra. It supports Air Gestures as well.