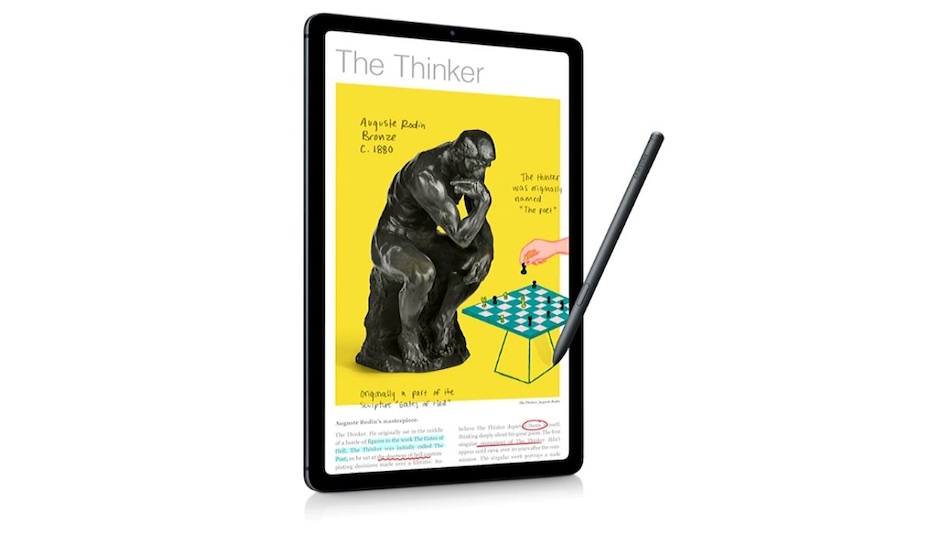 Samsung Galaxy Tab S6 Lite features a 10.4-inch WUXGA (1,200x2,000 pixels) TFT display along with an unspecified octa-core chipset and 4GB of RAM. The new Lite tablet runs Android 10 with One UI 2.0 out of the box.

In terms of the design, the front panel contains thick bezels similar to the Galaxy Tab S6 and the hole-punch houses a 5-megapixel selfie camera. On the back panel, there's a single 8-megapixel camera with auto-focus. The camera can also shoot videos in 1080p at 30fps.

The Galaxy Tab S6 Lite further comes in 64GB and 128GB storage variants that can be expanded via dedicated microSD card slot (up to 1TB). In terms of connectivity, the tablet has 3.5mm audio jack, dual-band Wi-Fi, Bluetooth v5.0, and GPS support.