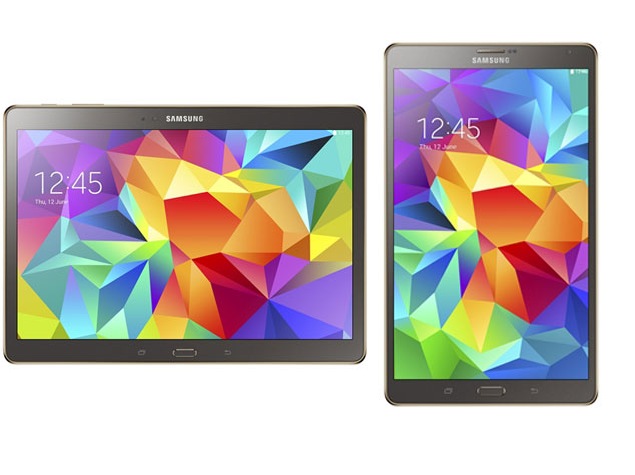 The Galaxy Tab S range of tablets was launched in India earlier this month. The company had then revealed a July 12 release date for the 3G-enabled Exynos-based Galaxy Tab S 8.4 and Galaxy Tab S 10.5 tablets at the India launch, and had said the LTE variants will be available at a later date. However, the LTE tablets have appeared first, with no word on the 3G variants. 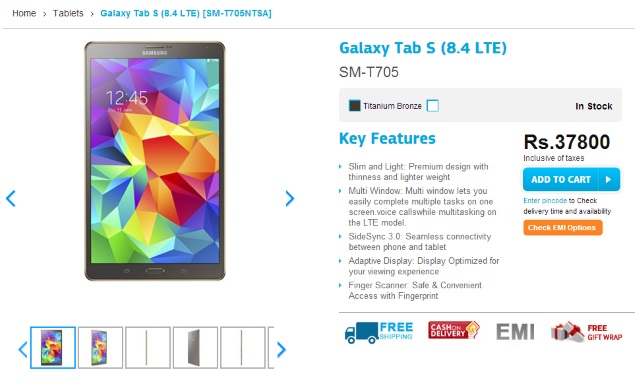 Both the tablets come with SIM card support and also with voice-calling functionality, according to the official listings. The new Galaxy Tab S series tablets allows for up to eight user profiles, so that different members of a household can get separate home screens simply by swiping their finger on the sensor, according to Samsung.