Samsung Galaxy Tab A8 (2021) Full Specifications Leak Ahead of Launch

Samsung Galaxy Tab A8 (2021) is believed to be launching with Wi-Fi and LTE variants. 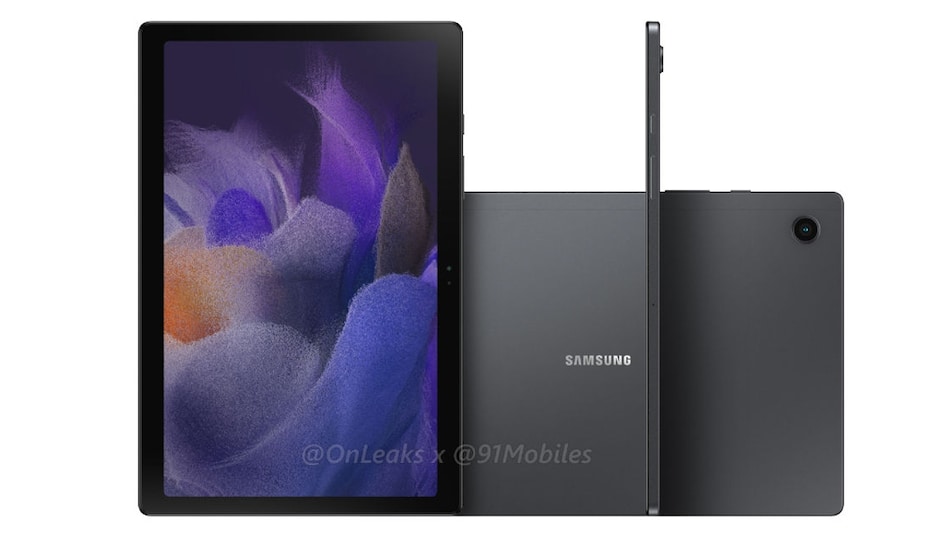 Samsung Galaxy Tab A8 (2021) has been part of the rumour mill for the past few months and a recent leak has now leaked full specifications of this unannounced tablet. This new version of the Samsung Galaxy Tab A8 is tipped to come with a 10.5-inch LCD screen. The display is expected to offer a resolution of 2,000x1,200 pixels and a 60Hz refresh rate. The leak also comes with a high-quality image render that shows this rumoured tablet sporting a symmetrical bezel design.

The full specifications of the Samsung Galaxy Tab A8 (2021) variants were leaked in a recent Twitter post by tipster Snoopy Tech. It says the Samsung tablet will have a 10.5-inch LCD screen — larger than the Tab A8's current 8-inch model. It is tipped to be equipped with a Unisoc Tiger T618 SoC.

Samsung Galaxy Tab A8 (2021) is tipped to feature 4GB of RAM and three storage options of 32GB, 64GB and 128GB. Its 7,040mAh battery is said to support up to 15W fast charging. In terms of optics, the tablet is tipped to feature an 8-megapixel rear camera and a 5-megapixel selfie snapper. In addition, the Galaxy Tab A8 is said to be equipped with a quad-speaker setup. The tipster says the tablet will weigh 476 grams and have a thickness of 6.9mm.

A report by SamMobile speculates that the Samsung Galaxy Tab A8 will be priced in Europe between EUR 220 (roughly Rs. 18,600) and EUR 300 (roughly Rs. 25,700). The report says the tablet will come in Gold, Grey, and Silver colour options.