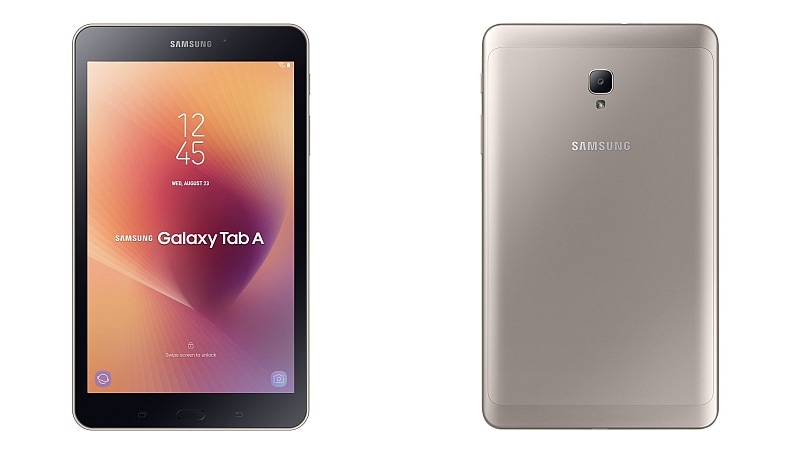 Samsung on Tuesday launched the Galaxy Tab A (2017) in India. Priced at Rs. 17,990, the tablet was launched in Vietnam last month as the Samsung Galaxy Tab A 8.0 (2017). It is already available to buy via the Samsung Online Store as well as offline retailers in the country in Black and Gold colour variants.

The Samsung Galaxy Tab A (2017) is 4G-enabled, and the South Korean consumer electronics giant also announced a data offer for Reliance Jio users, who will get up 180GB additional 4G data over the course of one year. Another launch offer includes a one-time screen replacement offer for those who buy the tablet before November 9. The company is touting features like Kids Mode, Smart View, Samsung Flow, and Game Launcher.

Coming to the tablet's specifications, the Samsung Galaxy Tab A (2017) runs Android 7.1 Nougat with the company's own customisations on top. It sports an 8-inch WXGA (1280x800 pixels) TFT display, and the company is also touting features like a Blue Light Filter and a display brightness of 480 nits.

The Galaxy Tab A (2017) supports a single Nano-SIM card. It is powered by a 1.4GHz quad-core Snapdragon 425 SoC with 2GB of RAM. As for optics, the tablet sports an 8-megapixel rear camera with an f/1.9 aperture and LED flash. On the front, it bears a 5-megapixel camera.