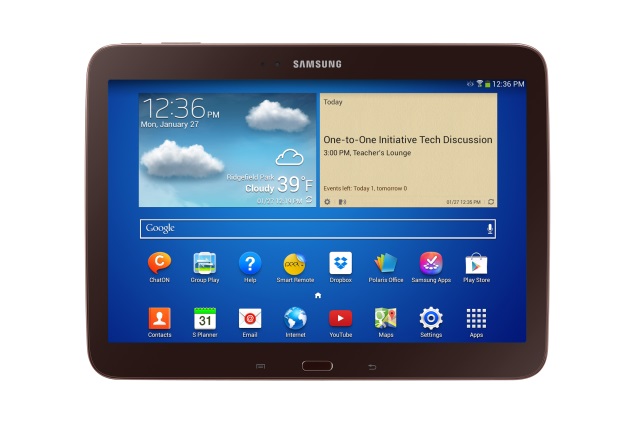 Samsung has announced plans to launch a new Galaxy Tab 3 10.1 tablet, which according to the company is exclusively developed for education.

The new Samsung Galaxy Tab 3 10.1 has been launched as part of the Google Play for Education program and will come with access to curated educational content, and other features to support dynamic, digital teaching and learning.

Samsung has not revealed the complete specifications of the Galaxy Tab 3 10.1 tablet, as of now.

Samsung's new tablet comes with Google Play for Education features which give educators access to a wide selection of teacher-approved apps, books, and videos. The tablet will also come with a web-based management console which is provided by Google that will allow schools to easily manage and configure their entire fleet of devices.

Commenting on the launch, Tod Pike, senior vice president at Samsung's Enterprise Business Division said, "Samsung and Google for Education share a commitment to delivering innovative learning experiences to improve student outcomes. The new Galaxy Tab with Google Play for Education integration was created to specifically address the needs of today's schools and support our vision for powering education by empowering educators."

Apart from the Samsung Galaxy Tab 3 10.1 tablet, Google is also collaborating with other companies in its Google for Education initiative - with Lenovo for the ThinkPad 11e Chromebook series, and with Toshiba for its Chromebook.