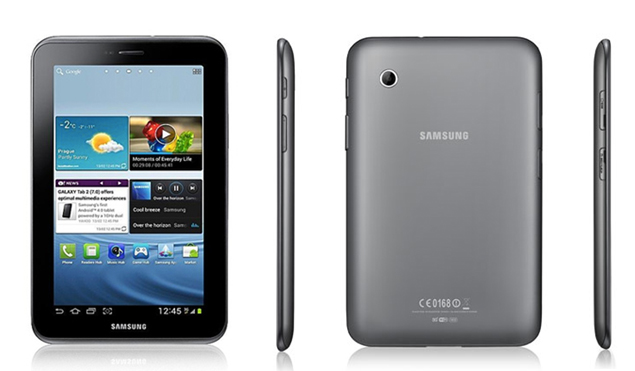 On the inside, the tablet is powered by a 1GHz dual-core processor with 1GB RAM and has 16GB of internal storage with external expansion support upto 32GB via microSD. It comes with a 4,000mAh battery. Connectivity options include Wi-Fi, Bluetooth 3.0 and USB 2.0.

The Galaxy Tab 2 310 was the first Ice Cream Sandwich tablet from the Korean manufacturer and comes with features like 1GHz dual-core processor, 3MP rear camera, VGA front camera and 1GB of RAM.

The next generation Galaxy tablets will include the 8-inch, 10.1-inch and the Galaxy Tab 3 Plus versions that will be launched in separate Wi-Fi and LTE variants as well. The Galaxy Note 8.0 is confirmed to make an appearance at the Mobile World Congress later this month.