Samsung Galaxy NotePRO tablet now up for pre-order at Rs. 65,575 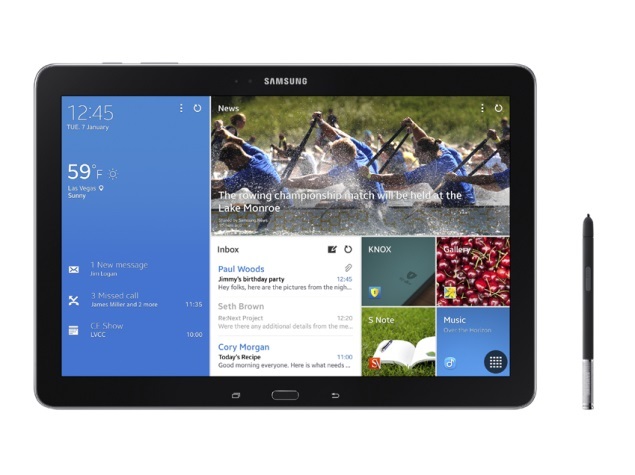 Samsung Galaxy NotePRO tablet has finally reached Indian shores and is now up for pre-order at the company's online store.

The Galaxy NotePRO tablet is now listed at Samsung India e-store for Rs. 65,575. However, there is no word on the availability details of the tablet. The site notes that the company is offering free book cover free for the Galaxy NotePRO worth Rs. 3,799 with every pre-order.

Notably, Samsung officially announced the Galaxy NotePRO at Rs. 64,900 earlier in February, and we expect that the South Korean manufacturer is charging extra for the tablet for advance booking of the device. At the time of the India launch, Samsung had given the Galaxy NotePRO a tentative of release date between the last week of February and early March 2014. 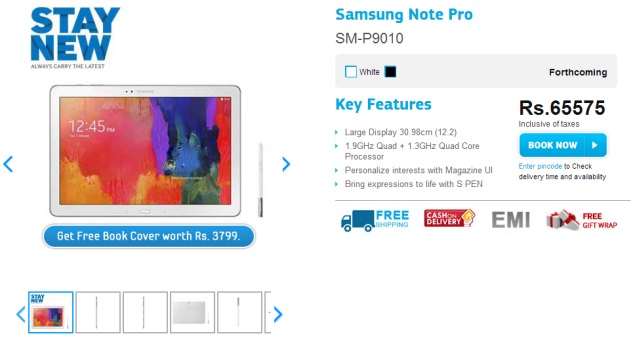 The Samsung Galaxy NotePRO will be available in Wi-Fi only, Wi-Fi and 3G options. As of now, the official store has only listed a 3G variant.

The Galaxy NotePRO is powered by an octa-core processor (1.9GHz quad-core + 1.3GHz quad-core) for the Wi-Fi and 3G model, according to the official India listing.

It comes with 3GB of RAM and features 64GB of inbuilt storage, with an additional 64GB possible via microSD card. The tablet sports an 8-megapixel rear autofocus camera with an LED flash, and also houses a 2-megapixel front-facing camera. On the connectivity front, the Galaxy NotePRO includes 3G, Wi-Fi, USB3.0, and Bluetooth. The tablet packs a large 9,500mAh battery, with no word on standby time. The tablet measures 295.6x204x7.95mm and weigh 750 grams (Wi-Fi) and 753 grams (3G/LTE). In addition, the Galaxy NotePRO comes bundled with an S Pen.