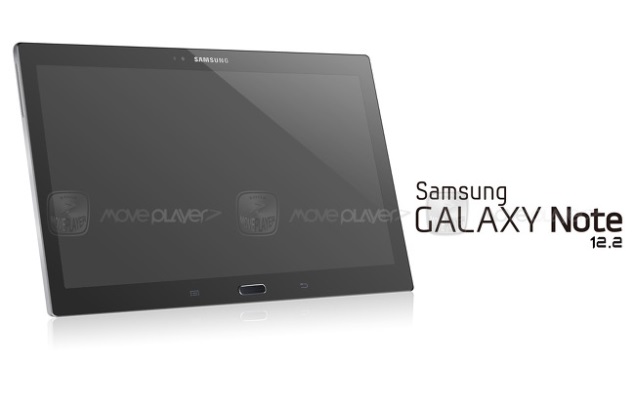 While recent rumours suggested that the alleged Samsung Galaxy Note 12.2 tablet might be launched soon, a new report claims that the device will be going into mass production only by the end of 2013.

According to a new report by Digitimes that cites sources from the Taiwan-based supply chain makers, Samsung has adopted a film-based capacitive touch solution, which is largely provided by China-based Shenzhen O-film Tech, for the rumoured Galaxy Note 12.2 tablet. The report further suggests that the alleged tablet will only enter mass production by end of this year. It also speculates that Samsung's attempt for a bigger display (12.2-inch) tablet may be followed by other manufacturers in 2014.

Considering that the alleged Samsung Galaxy Note 12.2 tablet will be going for mass production later this year, the tablet can be expected to be introduced at Consumer Electronics Show (CES) in January 2014.

Earlier, Samsung's alleged 12.2-inch version of the Samsung Galaxy Note with model name SM-P905 was spotted in AnTuTu benchmarks, which revealed its performance results and specifications. According to the AnTuTu site, the alleged Samsung Galaxy Note 12.2 tablet would feature a 12.2-inch display as the name suggests, and would boast a resolution of 2560x1600 pixels. The tablet will likely be powered by a 2.3GHz quad-core Snapdragon 800 processor along with 3GB of RAM.

The benchmark results had also revealed that the tablet would ship with 32GB inbuilt storage, with no word on microSD card support. Also listed, were an 8-megapixel rear camera and a 2-megapixel front-facing camera. The rumoured tablet is said to run Android 4.3 Jelly Bean out-of-the-box. In addition, the alleged Galaxy Note 12.2 tablet was seen with an overall AnTuTu score of 35,901, compared with another Galaxy Note counterpart, the Galaxy Note 10.1 2014 Edition.