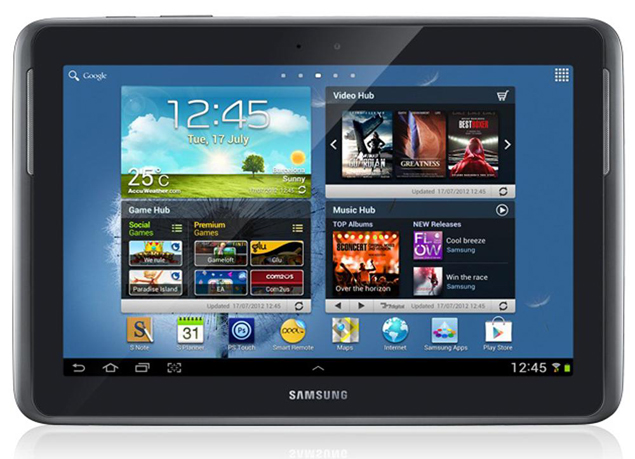 Handset maker Samsung has said it expects its market share to rise to 65 percent in the Indian tablet market as it expands its product portfolio during the year.

The company recently launched its 10.1-inch Galaxy Note 800, priced at Rs. 39,990, and expects to launch more devices in this category in the coming months.

"We have a 57 percent market share in the Indian tablet PC market, which we would like to increase to 65 percent by the end of this year. The market is witnessing strong growth and we expect to capture a strong share on the back of the new line of products that we will introduce in the coming months," says

He, however, did not disclose details of the products. Samsung has one other tablet, Tab 2310, in the market, while its earlier devices have been phased out. "The tablet market was about half a million devices last year. This year, it is estimated to be triple," Yadav said.

There has been slew of launches of tablets in the last few months as companies, especially homegrown firms like Micromax, Karbonn and Zen, have introduced their devices at competitive prices.

Just as in the case of feature phones, compared to over Rs. 20,000 tablets from the stables of multinationals like Samsung, domestic firms have devices in the category for even less than Rs. 5,000. However, the pricing is dependent on the features and devices with calling capabilities are priced higher.

"India is one of the first 10 markets in the world where the Galaxy Note 800 is being launched. I expect this device in many ways to fuel the growth of the tablet market in India and help us further strengthen our market leadership in the tablet market here in India," Yadav said.

The other markets include the US, the UK, Hong Kong, the UAE, Germany, and Taiwan.

The device offers multi-screen option for six apps (S Note, Internet Browser, Video Player, Email, Gallery and Polaris Office), which can be used simultaneously. The device also features a 'My Education' app, which provides more than 10,000 free videos of educational videos mapped to the Indian curriculum for students from Class I to XII. It also has more than 800 education text books.