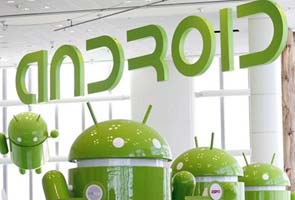 The National Nuclear Research University in Moscow has presented a top Russian government official with what resembled an Android operating system device but was actually a very similar domestic equivalent.

Thursday's unveiling at a Berlin consumer electronics conference marked what Russia hopes will be the start of mass production of its first domestic tablet to rival devices developed by the US Internet search giant.

A major concern for Russian defence chiefs is that data collected and stored by Google could slip into the hands of the US government and expose some of their most secret and sensitive communications.

The university's production unit director Andrei Starikovsky has told Deputy Prime Minister Dmitry Rogozin that two versions of the tablet will be made one for consumers and one for defence needs.

"The operating system has all the functional capabilities of an Android operating system but none of its hidden features that send users' private data to Google headquarters," Russia media quote him as telling Rogozin.

Starikovsky said both tablets' production should be launched by the end of the year at a retail price of 15,000 rubles ($460).

"The military version will be shock and water proof," he said.

The military make also features encryption and relies on navigation through GLONASS Russia's new rival to the US-made Global Position Service (GPS) that was added to Apple's iPhones this year.

The Russian tablet will run on software called the Russian Mobile Operating System (RoMOS) and be assembled at a defence ministry research facility while being made up mostly of parts manufactured abroad.