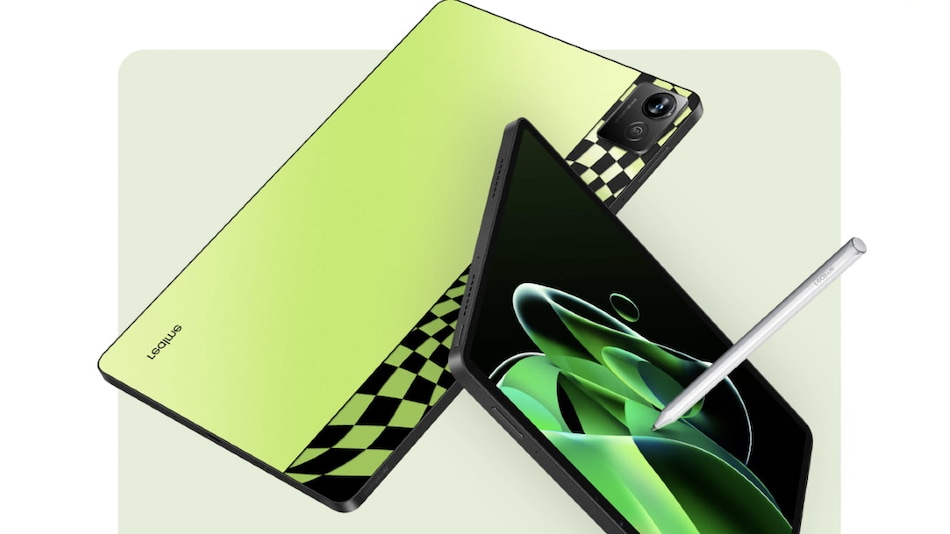 Realme Pad X will be unveiled in China on May 26, the company has announced through a dedicated landing page on its website. Ahead of its formal debut, Realme has started accepting pre-reservations for the new tablet. Realme has also shared a poster on the Chinese microblogging platform, revealing the tablet's design and rear camera module. It is seen in a fluorescent green colour option with stylus support. The upcoming Realme Pad X could be powered by the Qualcomm Snapdragon 870 SoC. It is expected to come with 5G connectivity with two RAM and storage configurations — 4GB + 64GB and 6GB + 128GB.

Realme, via a dedicated landing page on its China website, has teased the launch of the Realme Pad X. As per the teaser, the smartphone will officially be launched in the country on May 26. The launch event will be held in China at 2pm local time (11:30am IST). Pre-reservations for the Realme Pad X are currently live on its online store. The device is up for reservation in the fluorescent green colour option. The renders of the tablet show a single camera sensor at the rear and it is confirmed to support the stylus. However, the pricing details of the upcoming tablet are unknown at this moment.

The upcoming tablet offering from Realme is also listed on JD.com. It is currently up for reservations on the e-commerce website in Bright Chessboard Green, Star Grey, and Sea Salt Blue colour options. It is listed to come in 4GB RAM + 64GB storage and 6GB RAM + 128GB storage configurations with 5G connectivity.