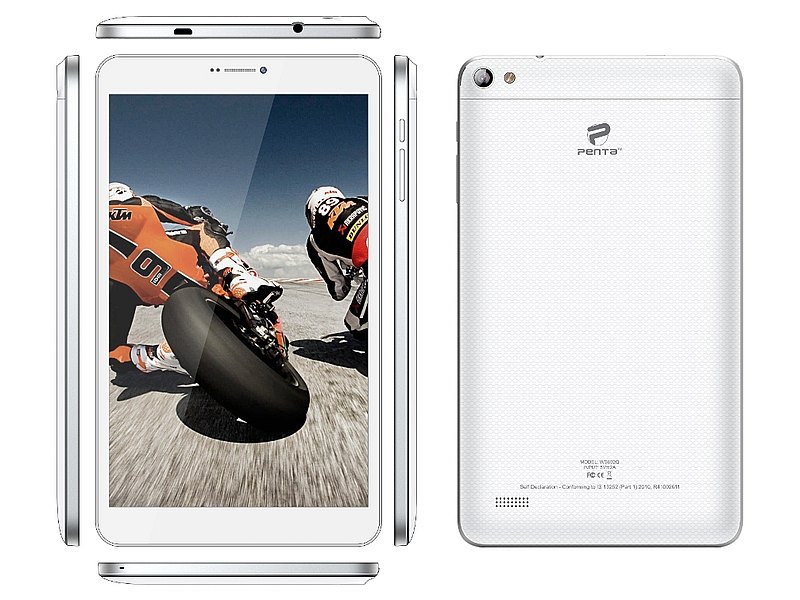 The Penta T-Pad WS802Q 3G tablet features dual-SIM support with 3G network compatibility like the previously launched Penta T-Pad WS704DX. It comes with an 8-inch IPS display offering a resolution of 1280x800 pixels resolution. There is a quad-core processor under the hood clocked at 1.3GHz coupled with 1GB of DDR3 RAM. It also comes with 8GB of inbuilt storage which is expandable via microSD card (up to 32GB).

As per the listing, the Android 4.4.2 KitKat-based Penta T-Pad WS802Q 3G sports an 8-megapixel rear camera with LED flash and also houses a 5-megapixel front camera. Apart from 3G, the voice-calling tablet offers Wi-Fi 802.11b/g/n, Bluetooth, USB OTG, and Micro-USB connectivity options. The tablet is backed by a 4000mAh battery.

Commenting on the launch, Vijender Singh, MD, Pantel Technologies said, "We have launched Penta T-Pad WS802Q to promote Digital India campaign. We want our products to reach one and all without compromising on their budget. We have collaborated with Homeshop18 to make shopping experience for our customers memorable."

At this price point, the Penta T-Pad WS802Q 3G tablet has Micromax Canvas Tab P480 as its closest competitor, which is also available at Rs. 6,999.