PaperTab, a paper-thin flexible tablet that can be twisted and dropped, to debut at CES 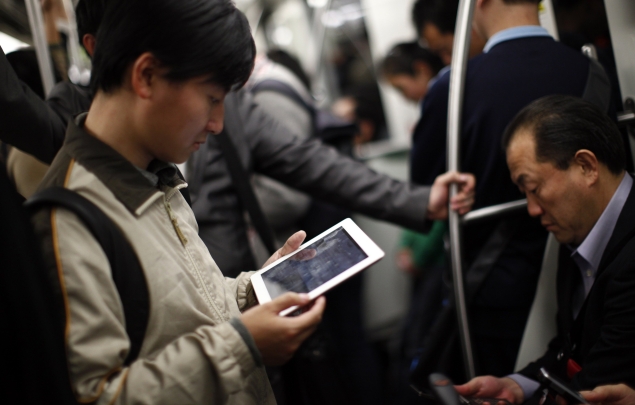 Researchers have developed a revolutionary tablet screen as thin as a sheet of paper that can be twisted and dropped without damage and it could replace your laptop within five years.

Developed by Queen's University in Canada in collaboration with Plastic Logic and Intel Labs, it could lead to revolutionary new gadgets that are virtually unbreakable and as thin as a piece of paper.

The PaperTab is fully interactive with a flexible, high-resolution 10.7-inch plastic display developed by Plastic Logic, a flexible touchscreen, and powered by the second generation Intel CoreTM i5 Processor, the 'Daily Mail' reported.

Researchers plan to launch the screen later this week at the Consumer Electronics Show in Las Vegas.

They have shown off the concept for a new desktop - using sheets of paper for each app rather than a traditional screen with windows.

Instead of using several apps or windows on a single display, users have ten or more interactive displays or 'PaperTabs', with each being a different app.

They can also be used as e-books, with users simply bending the screen to turn pages.

The photo is then automatically attached to the draft email.

The email is sent either by placing the PaperTab in an out tray, or by bending the top corner of the display.

Similarly, a larger drawing or display surface is created simply by placing two or more PaperTabs side by side.

"Within five to ten years, most computers, from ultra-notebooks to tablets, will look and feel just like these sheets of printed colour paper," said Ryan Brotman, Research Scientist at Intel.

The developers claim it could even replace paper altogether."PaperTab can file and display thousands of paper documents, replacing the need for a computer monitor and stacks of papers or printouts," it said.