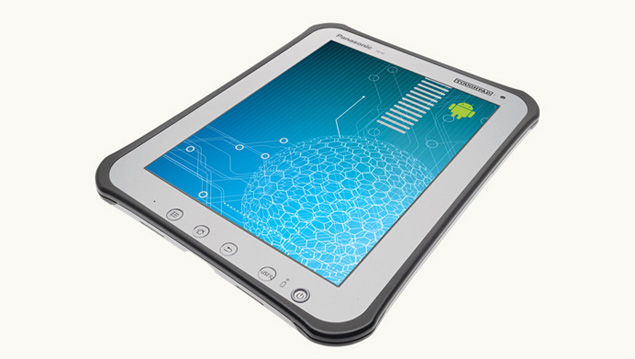 Panasonic's first Android-based computer tablet designed for tough environments such as battlefields was unveiled Tuesday at a major regional telecom fair in Singapore.

It was the first time the "Panasonic Toughpad A1" was showcased in Asia, where company officials said there is a huge demand for such a rugged device.

It has already previewed in the United States and production will start later this year, company executives said.

"It's military-type," Mizobata told AFP at the Panasonic booth at the CommunicAsia telecom trade expo that opened Tuesday. "It is water-proof, dust-proof and shock-proof."

The device weighs 0.97 kilogrammes and its 10.1-inch LCD display allows the user to read even under the sun while it is tough enough to withstand being dropped from a height of four feet (1.21 metres). It also has a nine-hour battery life.

Amos Tio, Southeast Asia general manager for Toughbook Asia Pacific Group, said the gadget will launch in the region in September and in the United States in August.

The rugged tablets are popular in industries such as defence, utilities and construction, as well as by workers in Asia's vast palm oil plantations, company executives said.