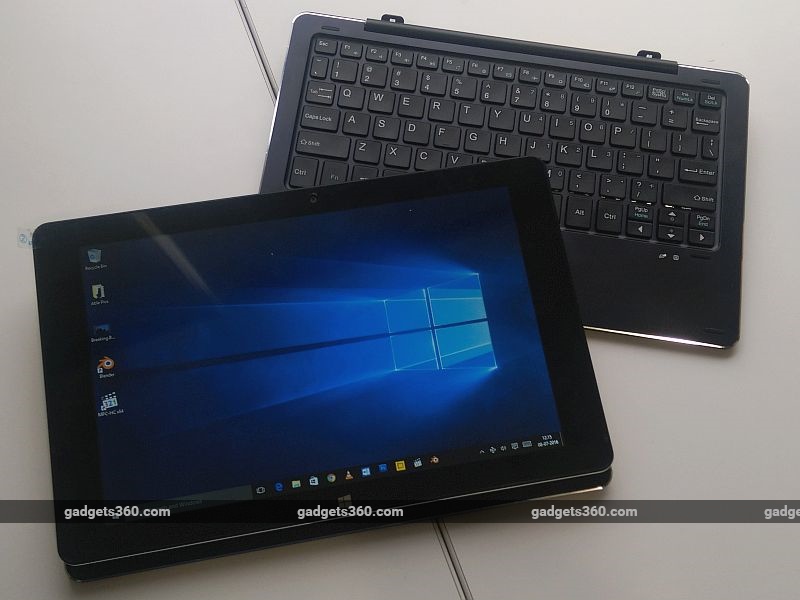 Notion Ink on Friday unveiled its new Able 10 convertible in India. Ahead of the launch, the Notion Ink Able 10 went on sale via Snapdeal, which is also the exclusive online partner of the company for the device. Priced at Rs. 24,990, the '2-in-1' is now available to buy in the country.

Rohan Shravan, CEO, Notion Ink at the launch on Friday confirmed some details like the Able 10 will be sold via Snapdeal initially but the company will try to sell the '2-in-1' via more channels later this year. Shravan also revealed that Notion Ink's 60 percent user base was from corporate customers while 40 percent were regular consumers.

"We have made several changes to the Able 10 based on the feedback we received for our previous products," Shravan told Gadgets 360. With its new models, Notion Ink is looking to capture around 30 percent market share of the '2-in-1' hybrid devices, he added. Shravan also confirmed that the company is targeting to sell 25,000 units of the Able 10 by end of this year.

The biggest highlight of the Notion Ink's new Able 10 is that it comes with SIM card slot and supports 3G connectivity. The company is also offering one year onsite warranty with the purchase of Able 10 '2-in-1'. In terms of specifications, the Notion Ink Able 10 features a 10.1-inch IPS multi-touch display offering a resolution of 1280x800 pixels.

Under the hood, it is powered by an Intel Cherrytrail x5-Z8300 quad-core processor (Z3735F) clocked at 1.34GHz, with 1.8GHz burst frequency. It packs 4GB DDR3L RAM and comes in 64GB inbuilt storage version which can be further expanded by up to 128GB via microSD card. It runs Windows 10 operating system. The device comes pre-loaded with several apps from Microsoft such as OneNote, Microsoft Office, Windows Store, Maps, Microsoft Edge, Money, Weather, Photos, Cortana, One Drive, and Xbox.