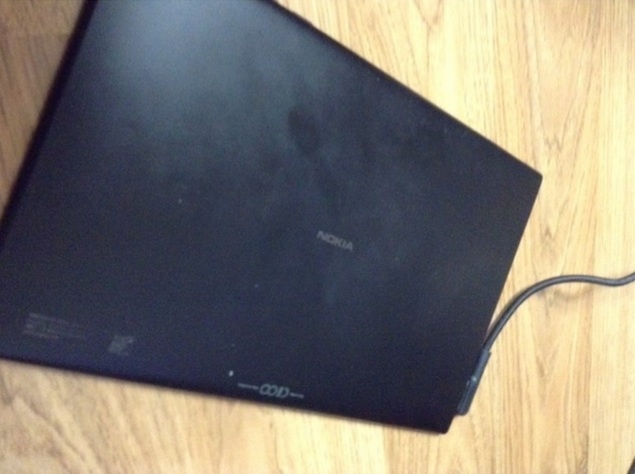 A new rumour claims that Nokia is gearing up to introduce a new tablet. A device dubbed as RX-114 has popped up on popular graphics processor benchmarking website GFXBench.

Nokiapoweruser.com has posted the GFXBench (previously known as GLBenchmark) results that reveal a Nokia tablet dubbed as RX-114. The benchmark results suggests that the alleged Nokia RX-114 tablet would be powered by a quad-core processor with Adreno 330 GPU graphics processor. The site claims that it might be powered by a Snapdragon 800 processor. The screen resolution of the RX-114 tablet is 1371x771 pixels which is said to be similar to the Surface Pro's resolution. The device is expected to run Windows RT.

However, not much has been revealed in terms of hardware specifications including RAM, internal storage, camera and battery at this point in time.

Earlier, we had reported about Nokia's 'cancelled' Windows RT tablet being spotted online. The pictures of the alleged tablet featured a magnetic connector similar to the one we've seen in Microsoft's Surface tablets and on Apple MacBooks. The Nokia tablet is said to be powered by an Nvidia Tegra 3 processor.

Of late, benchmark results are becoming a source to track upcoming devices but these can be faked.