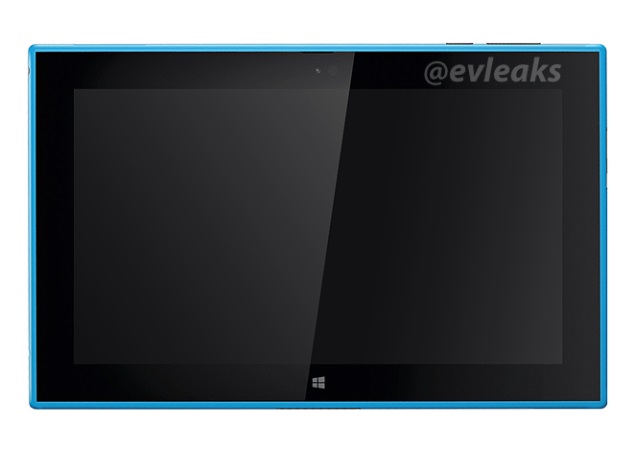 Nokia might introduce its first long-anticipated Windows RT tablet, the Lumia 2520, in multiple colours much like the Lumia smartphones, if a new rumour is to be believed.

Prior to this, the rumoured Nokia Lumia 2520 tablet was spotted in Red colour variant. The new leaked image also reveals the design aspects of the alleged tablet which appears to be quite inspired by some Lumia smartphones (Lumia 1020).

It has been rumoured for a while that the Finnish handset maker is gearing up to launch six new devices at its October 22 event. While much of the speculations about the October 22 event have been centred on the Nokia's long-rumoured Lumia 1520 phablet, the first Nokia branded tablet has also been on top of the rumour mill list.

The Nokia Lumia 2520 codenamed Sirius, is said to run Windows RT. It will likely to feature a 10.1-inch full-HD (1920x1080 pixels) IPS display and be powered by a quad-core Qualcomm 8974 (ARM) processor. The tablet is expected to weigh about 1.3 pounds (590 grams) and offer a battery backup of up to 10 hours. The Nokia Lumia 2520 tablet has been also rumoured to sport a 6.7-megapixel camera with Carl Zeiss optics and to come preloaded with Nokia's own apps.

The Finnish maker has long been rumoured to be working on a tablet, but there has not been much indications about the official name of the tablet, which is now reportedly close to debuting.