Nexus 10 tablet goes out of stock on Play Store, expected successor gets leaked 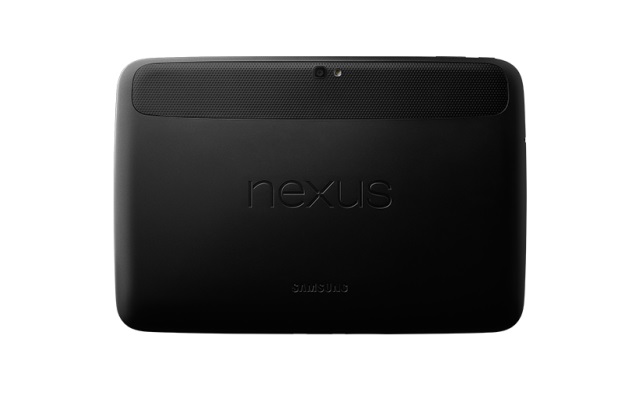 Android Authority spotted the updated listing first and reports that Google's 32GB Nexus 10 tablet's listing page on the Play Store showed it as not available, with a suggestion for users to 'please check back soon'. It's worth pointing out that the Nexus 10 16GB tablet went out of stock globally in October last year. 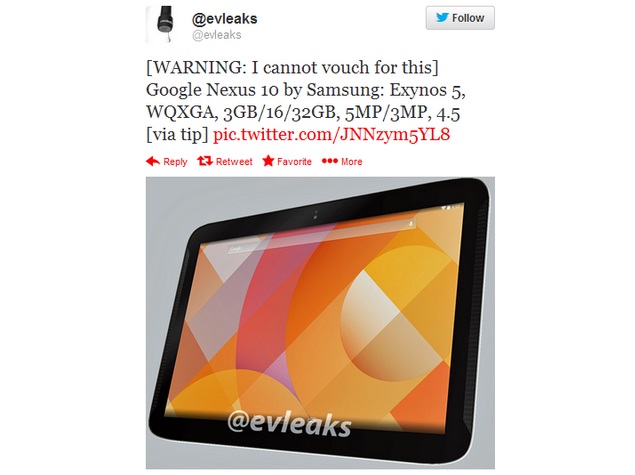 As per the leaked specifications, the alleged Nexus 10 tablet will come with a 10-inch display with a resolution of 2560x1600 (WQXGA) pixels; 3GB of RAM; 16GB and 32GB inbuilt storage; 5-megapixel rear camera and a 3-megapixel front-facing camera. Interestingly, the tipster claims that the Nexus 10 would run Android's next iteration dubbed Android 4.5; this is the first time since Android KitKat's release that we have heard of the next Android version. The tipster also said, "Warning: I cannot vouch for this," which might seem as a fake leak after all.

Further, @evleaks also posted an image that shows the alleged refreshed Nexus 10 tablet. According to the leaked image, the alleged new tablet will boast dual front speakers, while the overall design seems to be inspired by the original Nexus 10 tablet.

However, as of now @evleaks has deleted the tweet on the alleged Nexus 10 successor and said, "Pulled the "Nexus 10" tweet. Was sent to multiple publications, along with slightly differing "corroborating evidence." Signs of a hoax."