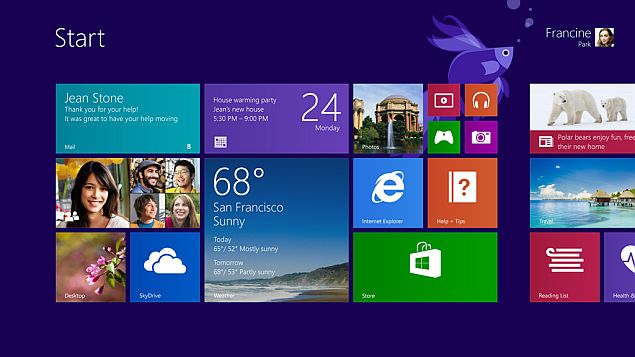 It looks like the final version of Windows 8.1, the updated version of Microsoft's desktop OS, will be released to the public in October.

According to a report by ZDNet, Microsoft is close to achieving its August target for releasing Windows 8.1 to manufacturing. The report by Mary Jo Foley, who has a good track record when it comes to reporting developments related to Microsoft, cites tipsters to inform that the Redmond giant will not release the Windows 8.1 update to general public, however, until mid-October.

The report also adds that unlike Windows 8, Microsoft is not planning to make available the final Windows 8.1 bits to its MSDN or TechNet subscribers just after it's released to manufacturing (RTM). OEMs receive the OS early so that they can prepare device drivers and bundle the OS on their devices before they hit the market.

Another report by The Verge also cites sources familiar with Microsoft's plans, to inform that the update will not be pushed out to existing users until October.

Both reports mention that the gap period from RTM to release will allow Microsoft to fix bugs and release updates when the OS releases publicly in October.

Microsoft had made the preview version of Windows 8.1, available to the public for download in June. As the word 'preview' suggests, this build is sort of a final beta and contains some bugs, though Microsoft is constantly releasing system updates to patch them.