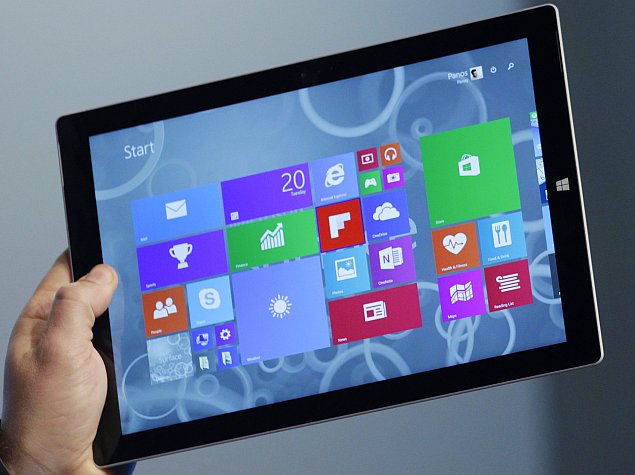 Microsoft at its 'small' Surface event in New York on Tuesday unveiled the next generation of its Surface Pro tablet, running Windows 8.1. Called the Surface Pro 3, it features a larger 12-inch display, and is also 10 percent faster than the Surface Pro 2, apart from being thinner at 9.1mm. The tablet starts at $799, and can be pre-ordered from Wednesday.

The Surface is an important part to CEO Satya Nadella's mobile-focused strategy. Microsoft is trying to boost sales of Windows tablets and phones to stay relevant with consumers as computing habits change.

The Redmond giant said its main motivation behind the Surface Pro 3 was to remove the modern conflict of requiring of two devices - a laptop and tablet - and put it all in one package. Offering no compromise on performance, yet remaining thin and light.

The company's Corporate Vice President, Microsoft Surface, Panos Panay introduced the tablet, and said Microsoft worked closely with Intel to make it the 'thinnest Core product that's ever been created'. The Surface Pro 3 comes in a choice of Core i3, Core i5 and Core i7 processors.

The 12-inch 2160x1440 pixel display features a 3:2 aspect that supposedly delivers more surface area or visual real-estate to work with. The company boasts of the Surface Pro 3 display's contrast ratio, which it claims is the highest in the industry. 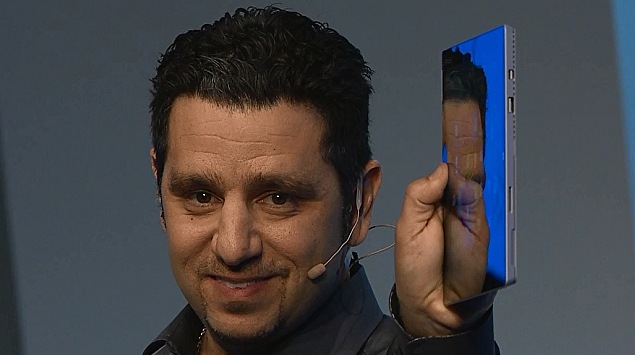 Apart from a 800 gram weight, Microsoft is also touting the virtually noiseless fan that is 30 percent more efficient, along with a redesigned vent. A new 'friction hinge' and kickstand with a 22 to 150 degree angle span were shown off, while new Touch and Type Covers with larger trackpads were also unveiled.

A new pen was also showcased, along with OneNote integration that can immediately send handwritten notes to the cloud. The pen can also turn the tablet on with an integrated button for quick note-taking. Microsoft says the Surface Pro 3 is 45 percent louder than the Surface Pro 2, with the tablet now bearing front-facing stereo speakers and Dolby audio.The company did not detail the camera specifications.

Unfortunately, contrary to expectations, Microsoft didn't also unveil a Surface Mini tablet. Perhaps it was the inherent contradiction of talking about the productivity benefits of a larger screen, and also unveiling a smaller tablet.

The first Surface came out in late 2012 to lacklustre sales. The Surface Pro 2's debut last October came with a greater marketing emphasis on tasks people normally tackle on laptops, such as creating documents and editing movies. It featured a 10.6-inch display.